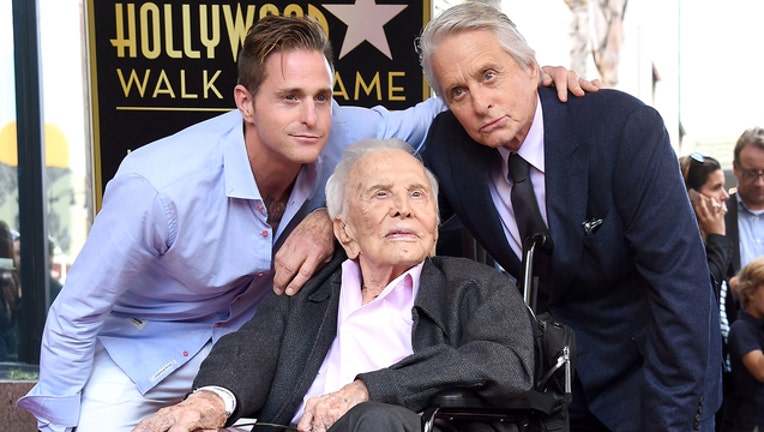 LOS ANGELES (AP) - Actor Kirk Douglas got to celebrate his 102nd birthday with a special video message from his daughter-in-law.

Catherine Zeta-Jones shared a sweet tribute in an Instagram video Sunday. The actress and wife of Michael Douglas wrote, "Happy 102nd birthday to the most beautiful man. We love you Kirk."

The video featured photos of Douglas throughout his movie career and with family members.

Douglas has been a Hollywood mainstay for decades and is perhaps best known for starring in the 1960 drama "Spartacus."