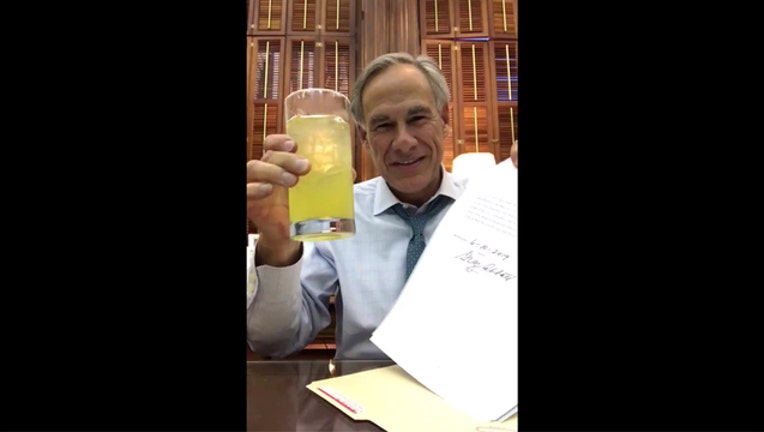 Your neighborhood lemonade stand operated by a smiling child is no longer illegal in Texas.

Gov. Greg Abbott signed a bill on Monday that blocks cities or HOAs from creating rules that would stop kids from selling nonalcoholic drinks, like lemonade, on private property.

Abbott tweeted video on Monday of him cheers-ing with a glass of lemonade and said he had to sign the bill because police shut down a lemonade stand in the state. The case Abbott alluded to was when Overton police, in East Texas, reportedly closed a stand operated by two kids who were earning money to buy a Father’s Day gift for their dad.

The bill has been four years in the making. Fort Worth State House Rep. Matt Krause authored the bill that passed this session in both the Texas House and Senate unanimously.

The law will take effect Sept. 1.