WASHINGTON - Historic confirmation hearings began on Monday for Judge Ketanji Brown Jackson, who would be the first Black woman on the U.S. Supreme Court. Republicans on the Senate Judiciary Committee promised to ask "tough questions" about Jackson’s judicial record and philosophy, while Democrats offered praise of President Joe Biden’s pick.

Speaking to senators during her opening statement Monday at her high court confirmation hearing, Jackson said she would defend the Constitution and decide cases "without fear or favor" if she is confirmed to the Supreme Court.

"I decide cases from a neutral posture," she said. "I evaluate the facts, and I interpret and apply the law to the facts of the case before me, without fear or favor, consistent with my judicial oath."

Jackson added that she is "humbled and honored" by her historic nomination.

She also took time in her remarks for a "special moment" to acknowledge her daughters, Talia and Leila.

Judge Ketanji Brown Jackson tells senators she would defend the Constitution and decide cases "without fear or favor" if she is confirmed to the Supreme Court.

"I am saving a special moment in this introduction for my daughters, Talia and Leila. Girls, I know it has not been easy as I have tried to navigate the challenges of juggling my career and motherhood. And I fully admit that I did not always get the balance right. But I hope that you have seen that with hard work, determination, and love, it can be done. I am so looking forward to seeing what each of you chooses to do with your amazing lives in this incredible country. I love you so much," she said.

The 51-year-old Supreme Court nominee has served as a federal judge for the past nine years, was set to give her opening statement later Monday and answer questions on Tuesday and Wednesday from the panel’s 11 Democratic and 11 Republican senators.

She’s had some previous experience with this group. Last year, Jackson appeared before the same committee after Biden chose her to fill an opening on the federal appeals court in Washington, just down the hill from the Supreme Court.

Biden’s choosing of Jackson delivers on his campaign promise to make the historic appointment and to further diversify a court that was made up entirely of White men for almost two centuries. Jackson would be the current court’s second Black justice — Justice Clarence Thomas, a conservative, is the other — and just the third in history.

"It’s not easy being the first. Often, you have to be the best, in some ways the bravest," Democratic Sen. Dick Durbin of Illinois, the committee chairman, said shortly after the proceedings began. 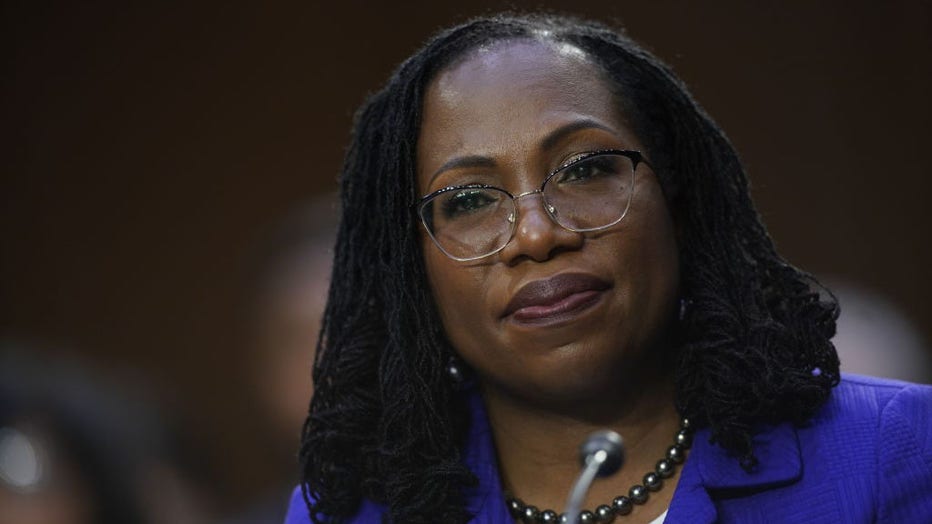 In her own remarks last month, Jackson noted how she shares a birthday with the late U.S. District Judge Constance Baker Motley — the first African American woman to argue a case before the Supreme Court, and the first to serve as a federal judge.

"Today I proudly stand on Judge Motley's shoulders, sharing not only her birthday but also her steadfast and courageous commitment to equal justice under law," Jackson said on Feb. 25 after being officially introduced as Biden's chosen nominee.

Her nomination came after a "rigorous process" to identify a replacement for Justice Stephen Breyer, 83, who is retiring at the end of the term this summer. The Harvard-trained lawyer with a resume that includes two years as a federal public defender once worked as a high court law clerk to Breyer early in her legal career.

Jackson would also be only the sixth woman to serve on the court, and her confirmation would mean that for the first time four women would sit together on the nine-member, conservative-dominated court. The current court includes three women, one of whom is the court’s first Latina, Justice Sonia Sotomayor.

Democrats hold the majority by a razor-thin 50-50 margin with Vice President Kamala Harris as the tie-breaker. Barring any significant missteps, party leaders hoped to wrap up Jackson’s confirmation before Easter. It wasn’t yet clear how aggressively Republicans will go after Jackson, given that her confirmation would not alter the court's 6-3 conservative majority.

But some Republicans have signaled they could use Jackson's nomination to try to brand Democrats as soft on crime, an emerging theme in GOP midterm election campaigns. Biden has chosen several former public defenders for life-tenured judicial posts. In addition, Jackson served on the U.S. Sentencing Commission, an independent agency created by Congress to reduce disparity in federal prison sentences.

Sen. Josh Hawley, R-Mo., said he was not interested in "trapping" Jackson during the hearings, calling her "enormously accomplished," but has raised concerns over her record on sex offender cases.

"I’ve noticed an alarming pattern when it comes to Judge Jackson’s treatment of sex offenders, especially those preying on children," Hawley wrote on Twitter last week in a thread that was echoed by the Republican National Committee. Hawley is one of several committee Republicans, along with Sens. Ted Cruz of Texas and Tom Cotton of Arkansas, who are potential 2024 presidential candidates.

The White House pushed back forcefully against the criticism as "toxic and weakly presented misinformation." Sentencing expert Douglas Berman, an Ohio State law professor, wrote on his blog that Jackson’s record shows she is skeptical of the range of prison terms recommended for child pornography cases, "but so too were prosecutors in the majority of her cases and so too are district judges nationwide."

During his opening remarks, Sen. Lindsey Graham, R-S.C., was one of many who pointed to the handling of previous Supreme Court nominees, drawing comparisons between the treatment of Jackson and Supreme Court Justice Brett Kavanaugh. Kavanaugh was nominated by former President Donald Trump and confirmed to the high court in 2018 amid high school-era accusations of sexual misconduct, which he denied.

Graham has voted for previous Democratic nominees for the Supreme Court and was one of three Republicans to support Jackson's confirmation as an appellate judge last year.

Sen. Ben Sasse, R-Neb., added that Justice Amy Coney Barrett was subject to repeated accusations "that were nothing more than unfiltered religious bigotry" during her confirmation hearings.

Senator Lindsey Graham used his time during his opening statement to draw comparisons between the treatment of Ketanji Brown Jackson versus Brett Kavanaugh. Jackson currently sits on the D.C. Circuit Court of Appeals, where Biden nominated her less than a year ago to take the seat of Attorney General Merrick Garland. She was the most high-profile choice among Biden's first round of judicial nominations.

Who is Ketanji Brown Jackson?

Judge Ketanji Brown Jackson was confirmed in 2021 to the D.C.-based appellate court as a U.S. Circuit Judge, a position Biden elevated her to from her previous job as a federal trial court judge. Three current justices — Thomas, Brett Kavanaugh and John Roberts, the chief justice — previously served on the same appeals court.

Jackson was confirmed to the appeals court by a 53-44 vote in June 2021, winning the backing of three Republicans: South Carolina’s Lindsey Graham, Maine’s Susan Collins and Alaska’s Lisa Murkowski. That could be important to Biden, who has reached out for GOP support during the Supreme Court nominee search. 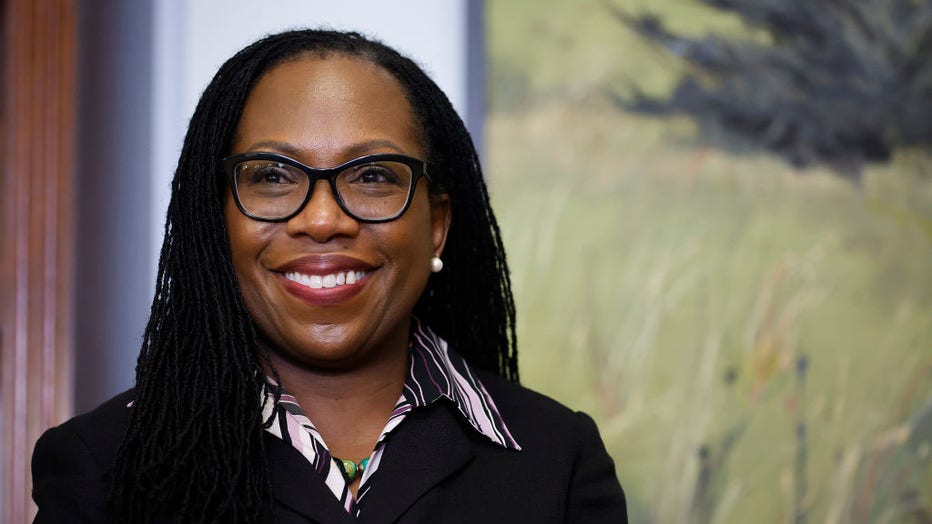