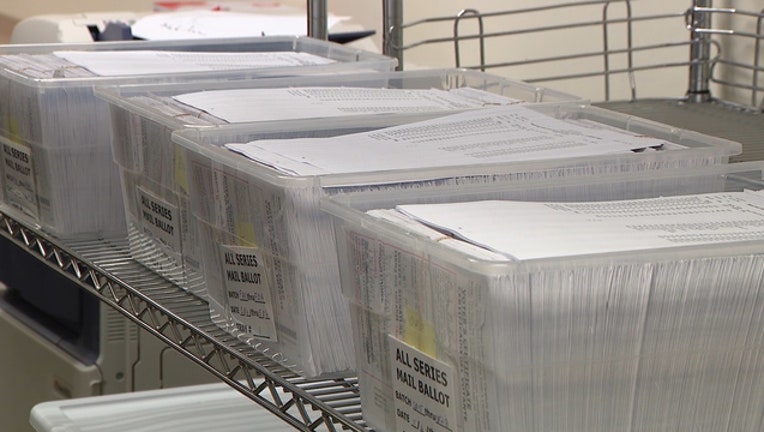 TALLAHASSEE, Fla. (NSF) - In a state where razor-thin election margins have become the norm in major races, Democrats are seeking to make inroads by trying to do away with a decades-old Florida law that requires candidates who are of the same party as the governor to appear first on the ballot.

Having Republicans at the top of the ticket in statewide, legislative and congressional races --- and even local races --- puts Democrats at a disadvantage because research shows voters are more likely to pick the candidate who appears first, lawyers representing several national Democratic groups argued Monday in the kick-off to what is expected to be a four-day trial.

Florida’s ballot-position law was enacted 68 years ago, when Democrats controlled the governor’s office and the Legislature.

But as margins in many high-profile elections have narrowed, who comes first is more important than ever, the Democrats argued.

But lawyers for Florida Secretary of State Laurel Lee argued that, while Democrats may not like the law, the statute doesn’t do anything to limit Floridians’ ability to participate in the electoral process.

“People vote for all sorts of reasons and no reasons at all,” Mohammad Jazil, a private lawyer representing the state, told Walker. “The statute, at the end of the day, doesn’t keep a single voter from casting a ballot.”

The Democrats are relying heavily on a report by Stanford University political science professor Jon Krosnik, who studied the impact of ballot position on thousands of elections conducted over the past 70 years.

Listing a candidate’s name first on the ballot “almost always accords that person an advantage in gaining votes,” a concept called a “primacy effect,” Krosnik wrote in a report for the plaintiffs, filed in January.

The primacy effect has been widely studied for many decades, and the “body of accumulated evidence is especially compelling and consistent with the conclusion that candidates listed first on the ballot have an electoral advantage solely as a result of their position on the ballot,” Krosnik wrote.

Nancy Jacobson, a Democratic fundraiser and activist who is one of the plaintiffs in the lawsuit, said she is “harmed” by the statute because “my vote, which is my voice, is being suppressed.”

The law reminds her of obstacles she encountered as a young female lawyer, Jacobson said.

“I always had to run faster, work harder,” she said, adding that she feels her vote “doesn’t have the same value as a Republican vote.”

In November, Republican Gov. Ron DeSantis defeated Democratic candidate Andrew Gillum by four-tenths of 1 percent. And the race between former U.S. Sen. Bill Nelson and former Gov. Rick Scott, a Republican, was even closer. After a statewide recount, Scott emerged the victor, edging out the veteran Democratic lawmaker by just two-tenths of a percent.

Jacobson blamed the Democrats’ narrow losses on the ballot-position law.

But lawyers for the state asked Jacobson a series of questions about her voting choices over the years in an effort to demonstrate the success of some of her preferred candidates, such as Agriculture Commissioner Nikki Fried, a Democrat who was elected in November despite appearing second on the ballot in her Cabinet race.