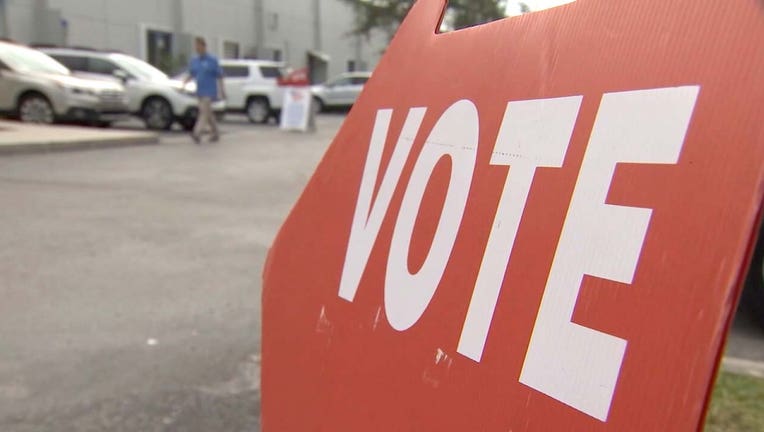 TALLAHASSEE, Fla. - A federal judge on Sunday refused to put on hold his decision allowing hundreds of thousands of Florida felons who have completed prison or jail sentences to register and vote in this year’s elections.

U.S. District Judge Robert Hinkle turned down a request by Gov. Ron DeSantis’ lawyers for a stay as they challenge his felons-voting decision at the 11th U.S. Circuit Court of Appeals.

Hinkle last month ruled against the DeSantis administration in a battle over a 2019 state law aimed at carrying out a constitutional amendment to restore the voting rights of felons “who have completed all terms of their sentences, including parole and probation.”

The 2019 law required felons to pay “legal financial obligations” --- court costs, fees, fines and restitution --- affiliated with their convictions to be able to vote. But Hinkle’s May 24 decision said the state cannot deny the right to vote to felons who are “genuinely unable to pay” court-ordered financial obligations.

The federal judge also decided that court costs and fees, which are used to fund government services, are “taxes,” and the requirement to pay them to vote is an unconstitutional “poll tax.” Finding that most Florida felons who’ve served their time can’t pay outstanding court debts, Hinkle laid out a process for the state to use to allow felons to register to vote.

On June 2, the DeSantis administration made the unusual move of asking the 11th U.S. Circuit Court of Appeals for what is known as an “en banc,” or full court, hearing in the appeal. Three-judge panels typically handle appeals before the possibility of a full-court hearing.

The state late last month also asked Hinkle to put his decision on hold while the Atlanta-based appellate court considers the case. But the federal judge refused to budge Sunday, saying his ruling “will cause the state no harm, let alone any irreparable harm.”

“No matter how many times the state asserts the contrary, a statute that punishes some individuals more harshly based only on wealth, or that irrationally conditions eligibility to vote on wealth, is unconstitutional,” wrote Hinkle, who has repeatedly branded the state law as a “pay-to-vote” system.

“States sometimes took positions like this in the 1950s and ‘60s. States have rarely done so since."

The state is unlikely to prevail in its appeal “on any assertion” that the findings of fact in his May 24 order “are clearly erroneous” or “on any assertion that its inability to administer its system is constitutionally acceptable,” Hinkle wrote in Sunday’s 19-page ruling.

“And even more clearly, the state is unlikely to prevail on any assertion that this issue, which turns on the evidence in a record than (sic) spans well in excess of 10,000 pages, should be taken en banc without even an initial review by a panel,” Hinkle wrote.

Hinkle also scolded the state for failing to address the poll-tax issue in its appeal, in which DeSantis’ lawyers argued that the Tallahassee judge’s ruling in the closely watched voting-rights lawsuit was contrary to five other federal court decisions.

“This is simply not so,” Hinkle wrote.

Hinkle said his ruling supported other court decisions that found restitution and statutory fines are not taxes, but court fees and costs are.

But Hinkle also ruled that “fees imposed only to fund the government --- and that are imposed identically on defendants who are and are not adjudicated guilty --- are taxes.”

The other court rulings “do not address fees of this kind,” according to Hinkle.

“What matters, of course, is not what other courts have said in other circumstances. What matters is what the 24th Amendment says. And whether it means what it says,” the federal judge wrote.

Under the 24th Amendment to the U.S. Constitution, citizens’ right to vote “shall not be abridged by the United States or any state by reason of failure to pay any poll or other tax.”

DeSantis and Republican lawmakers have fiercely defended the law, saying it properly carries out the words of what appeared on Florida’s November 2018 ballot as Amendment 4.

In the appeal, DeSantis’ lawyers have blasted Hinkle’s “startling” ruling in May, saying it “stripped Florida of a defining characteristic of its sovereignty: the power to determine, within the constraints of the Constitution, the composition of the state’s electorate.”

Hinkle’s decision cemented an October preliminary injunction, which was upheld by an 11th Circuit three-judge panel in February. The appellate court rejected the state’s effort to have the full court reconsider the panel’s ruling on the injunction.

Hinkle’s Sunday order strongly refuted the state’s arguments in its appeal of his latest decision.

“A state cannot allow one citizen to vote but not an otherwise-identically-situated second citizen when the only difference is wealth --- when the first citizen has money and so can pay a debt but the second citizen does not have money and cannot pay the same debt,” he wrote.

Voting-rights groups that filed the lawsuit over the 2019 legislation (SB 7066) argue that requiring felons to pay legal financial obligations would have a disproportionate adverse effect on black “returning citizens,” as felons who have served their time are described.

The state, however, maintains the law was not intended to discriminate against black felons but is designed to ensure that felons fulfill all of the terms of their sentences, including financial sanctions.

But the judge said the Legislature intended the law to discriminate, based on felons’ wealth.

“Whatever else might be said of SB 7066, its obvious financial effect was not an accident. The Legislature achieved precisely what it intended: a system favoring those with money over those without,” Hinkle wrote in Sunday’s order.

Hinkle also castigated the state’s “decision to ignore a definitive 11th Circuit ruling” by failing to start a process to allow felons to register to vote following the February appeals-court decision upholding the preliminary injunction.

“States sometimes took positions like this in the 1950s and ‘60s. States have rarely done so since. The parties have every right to litigate this issue to the end of the line,” Hinkle chastened.

After attacking and refuting each of the state’s arguments for why a stay in the case is needed, Hinkle summed up his decision to deny the request.

“A person who is denied the ability to vote in violation of the United States Constitution suffers not just substantial harm but irreparable harm. Period,” he wrote.