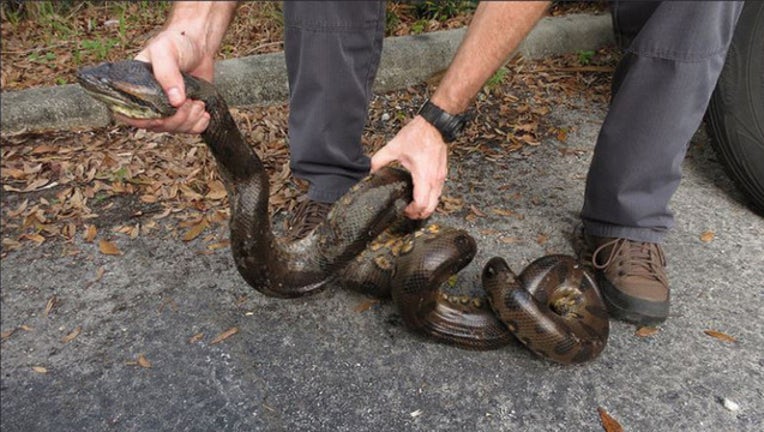 TALL - A Leon County circuit judge has rejected a request for a preliminary injunction against a state rule that largely bans anacondas in Florida.

Judge Angela Dempsey issued a two-page order Wednesday that denied the request from owners and dealers of anacondas. The state this year targeted anacondas, which are native to South America, as part of a move to control invasive species that can harm habitats in Florida.

But the owners and dealers, in a lawsuit filed in June and in the preliminary injunction request, contended that the Florida Fish and Wildlife Conservation Commission did not follow the proper process in approving the rule. Also, they contend that the rule would destroy their “livelihoods, investments, conservation and educational” efforts.

“Plaintiffs, as snake owners, breeders, traders, conservators and business owners, have submitted affidavits describing the significant economic and personal impact the rule’s arbitrary prohibition on reptile species (the anacondas) will have on them and their businesses including, perhaps most gravely and irreversible, the likely imminent euthanization or otherwise divesting themselves of animals they have spent decades selectively breeding and maintaining, a wasteful and senseless loss,” the preliminary-injunction motion said. But Dempsey wrote that the plaintiffs had not justified a preliminary injunction.

The rule added a series of animals --- ranging from anacondas to meerkats and flying foxes --- to a list of “prohibited non-native species” that cannot be sold or bought in the state. The rule generally allows the prohibited species to be kept only for research or exhibition purposes, though it includes an exception for people who had the animals as pets before the change took effect. Those people could obtain permits to keep possession until the animals die.