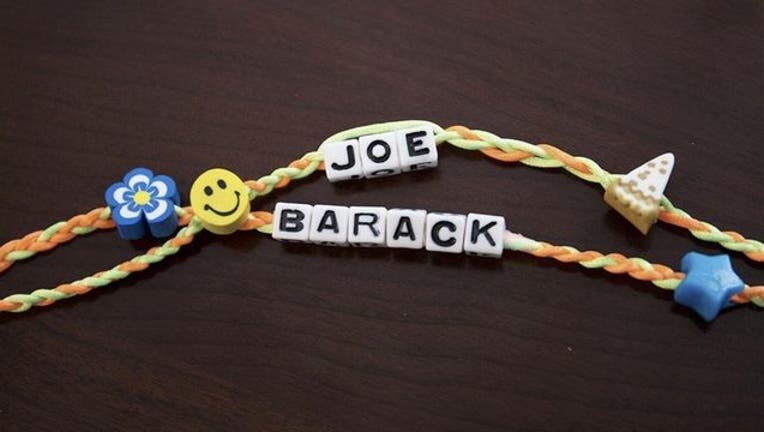 Biden took to Twitter on “Best Friends Day” Saturday and posted a tweet memorializing their bond. He posted an interlocking friendship bracelet with both their names to mark the occasion. The caption was simple: “Happy #BestFriendsDay to my friend, @BarackObama.”

The post did not sit well with some on social media. Many said the tweet was clearly self-serving and an effort to remind supporters of his Obama connection.

David Axelrod, Obama’s former senior adviser, responded to the tweet, saying, “This is a joke, right?” Bill Kristol responded to Axelrod, “’Fraid not.”

It has been covered widely that Obama and Biden have a close friendship, despite the fact that Obama has yet to formally endorse him in 2020. The Daily Beast pointed out that Biden said he requested that his former boss not endorse him to be fair to other candidates.

Their friendship is so well-documented that Vanity Fair has a slideshow of them that could be a montage in a movie.

The friendship was, by all measures, appeared to be an unlikely one. Biden was called out for describing Obama to The New York Observer in 2007 as “articulate and bright and clean and a nice-looking guy.”

Biden apologized for the remarks at the time and said the quote was taken out of context.

"Obama is probably the most exciting candidate that the Democratic or Republican Party has produced at least since I've been around," Biden said. "And he's fresh. He's new. He's smart. He's insightful. And I really regret that some have taken totally out of context my use of the word 'clean.'"