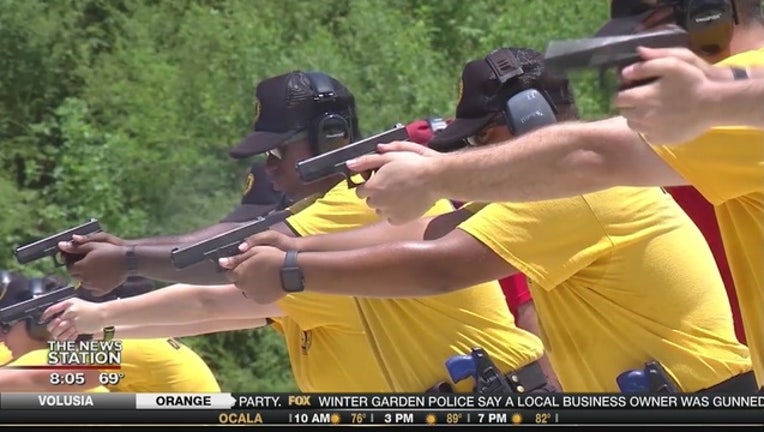 VOLUSIA COUNTY, Fla. (FOX 35 WOFL) - The Volusia County Sheriff's Office says that due to a large number of applications received for positions within the new Volusia County Schools Guardian Program, the job posting has been closed. The school district has received about 180 applications.

The sheriff's office went on to say that about 50 of those applicants did not meet the minimum requirements and standards set by the school board. The remaining 130 applicants will be subject to interviews in the coming weeks. On Tuesday, 25 candidates were reportedly interviewed and 14 of them are moving forward in the process.

Candidates selected to move forward will reportedly enter a second phase that includes fingerprinting and drug screening tests, as well as completion of the Volusia County Sheriff’s Office supplemental application for employment. A list of candidates will also conduct background checks. These, which are the same type completed for deputies, include a polygraph, evaluation of character references, and a psychological examination.

The initial plan, as reported by the Volusia County Sheriff's Office, was to hire at least 44 Guardians, although they are prepared to train more.

The sheriff's office says that they are moving forward with purchasing equipment for the Guardians, including firearms, ammunition, holsters and magazine pouches. The School Board has agreed to provide web belts, polo shirts and body armor.

Training is reportedly scheduled to begin on July 2nd.