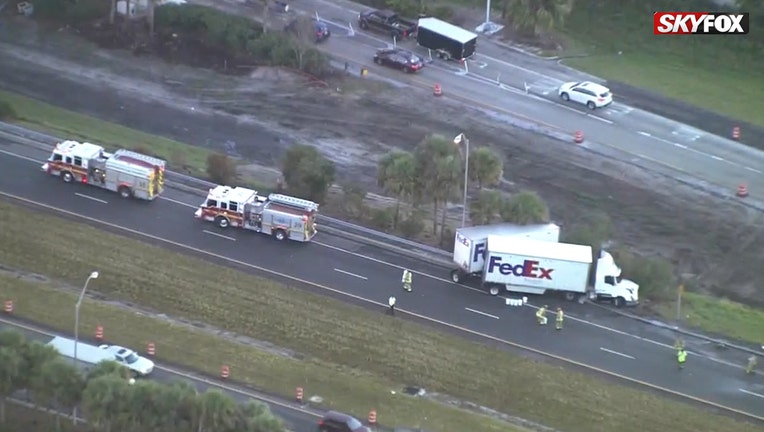 ORLANDO, Fla. - The northbound lanes of S.R. 417 near Oviedo were blocked on Monday morning.

SkyFOX flew over the scene and saw that a FedEx truck jack-knifed.

150 feet of guardrail was said to be damaged.

The northbound lanes of S.R. 417 have since re-opened.

FOX 35 is working to learn if anyone was hurt and what caused the crash.