Ivanka Trump was in Central Florida on Wednesday to campaign for her father, President Donald Trump.

Prior to her scheduled event in Downtown, Ivanka visited the Asian Pacific Americans for Trump volunteer center in Orlando.

She then spoke at the Citrus Club in Downtown Orlando, touting her father's accomplishments during his first term as President. 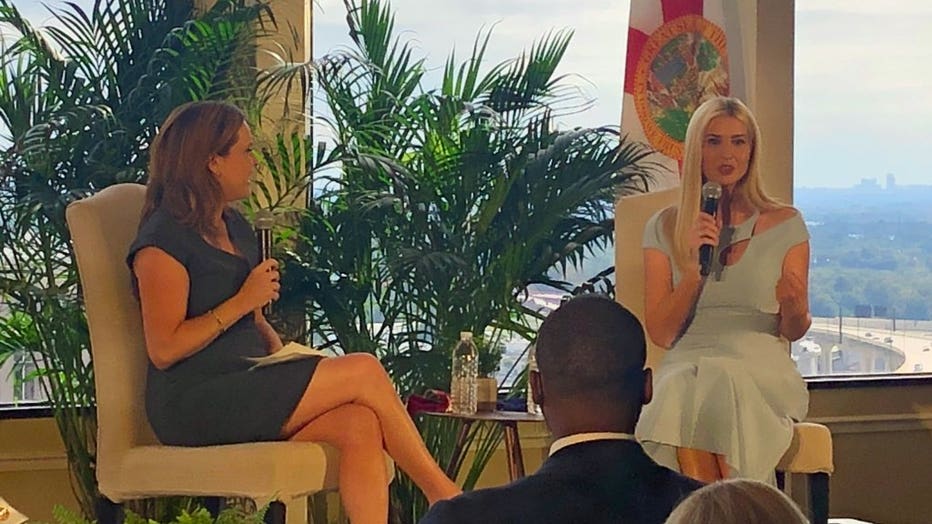 This is Ivanka Trump’s first visit to Orlando since June 2019 when President Trump officially launched his 2020 re-election campaign.  Earlier this month, she was in Tampa with former Florida Attorney General Pam Bondi at the Columbia Restaurant.

“I was honored to join my father when he officially launched his re-election campaign and I’m excited to once again be back in Orlando to make the case for four more years of President Trump. From cutting taxes for families to prioritizing our great military to combatting human trafficking and lowering prescription drug costs, President Trump has delivered and will continue to deliver for the people of Florida,” said Ivanka Trump.

Her visit comes one day after President Trump and Democratic contender Joe Biden went head-to-head in their first of three presidential debates.

President Trump is also returning to Central Florida later this week, with a scheduled stop at the Orlando-Sanford International Airport on Friday.

Those interested in attending can register on President Trump's website. Guests can only reserve two tickets per mobile number. Tickets are first-come, first-service.  Doors will reportedly open for the event at 4 p.m. It should begin at 7 p.m.