People across the city are wearing a heavy heart for a police officer who paid the ultimate price.

DAYTONA BEACH, Fla. - People across Daytona Beach are wearing a heavy heart for a police officer who paid the ultimate price.

Daytona Beach Police Chief Jakari Young announced the passing of 26-year-old officer Jason Raynor on Tuesday.  Raynor was shot in the line of duty on June 23 and had remained in critical condition ever since.

The Volusia County Sheriff's Office helicopter Air One flew over as hundreds of law enforcement officers escorted his body from Halifax Health where he had been recovering for the past eight weeks.

Josh Fogarty was there and said he saw fearless officers brought to tears from the emotion.

"It’s hard. It’s hard to hear that this is the outcome. It didn’t make sense," he said. 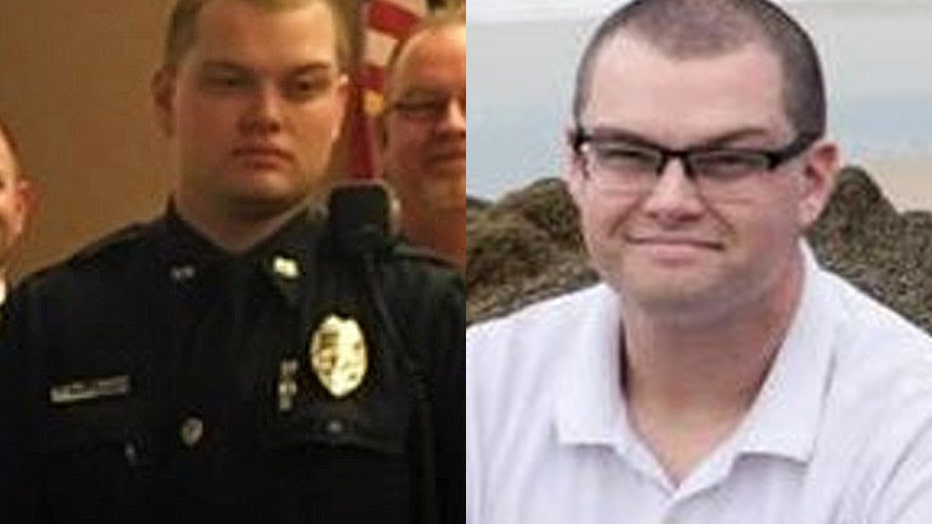 Fogarty is a local business owner and is organizing a golf tournament for Officer Raynor’s family.

"A round for Raynor. We are now doing a round to remember Raynor," he said.

For weeks, people have dropped off donations at the Daytona Beach Police Department, including local veterans.

"It’s very tough on the whole family and the Daytona Police Department because that’s a fallen comrade right there," said Joe Kiley, commander of Post 120 in Holly Hill.

A Go Fund Me page is nearing $400,000. If you would like to donate, please contact the police department.