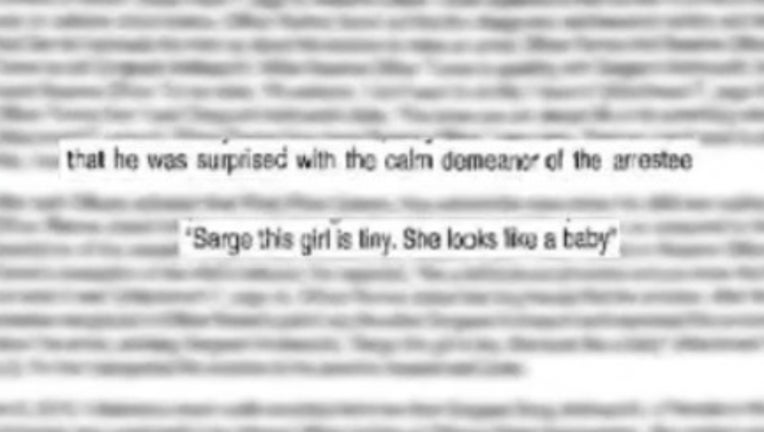 Her grandmother says it was a tantrum due to a medical issue.

Even though Officer Dennis Turner was the one fired for not getting proper permission to make the arrest, on the video, you see Officer Sergio Ramos following Turner’s orders.

But in the report, Officer Ramos said he "was surprised with the calm demeanor of the arrestee," telling Sgt. Doug Andreacci, "Sarge, this girl is tiny. She looks like a baby."

According to the report, Sgt. Andreacchi admitted that he did not remember the policy on juvenile procedures and was suspended for a day.

Officer Ramos was exonerated because he was just following orders.

All charges were eventually dropped.

The Orlando Police Department's new policy now requires the deputy chief to approve the arrest of anyone under the age of 12.