LOS ANGELES - A family is devastated after they say their five-month-old French bulldog was stolen by two men who were possibly armed in broad daylight in North Hollywood over the weekend.

The Instagram model bought the puppy for her little girl and said the Frenchie was her daughter’s dream dog. 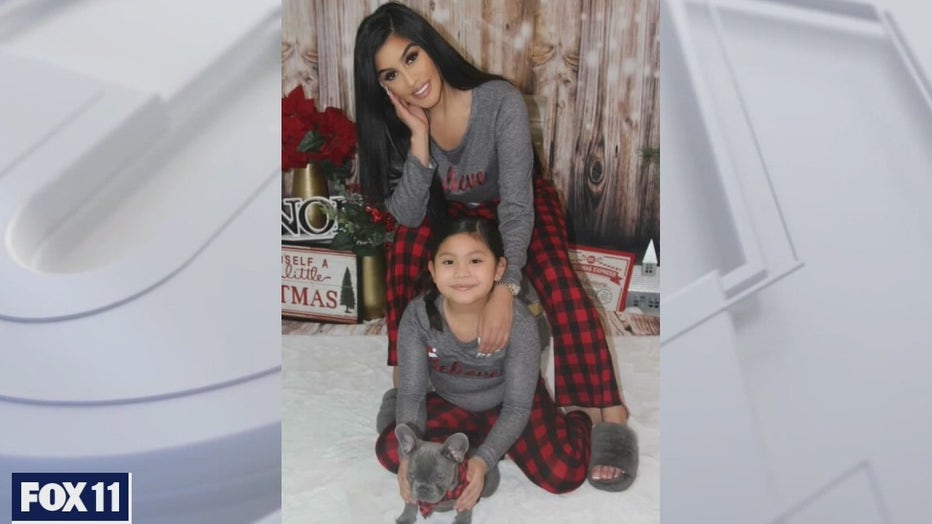 "That’s the dog she wanted. She asked for that type of dog so that’s the dog we wanted to get her. He was a Christmas gift," she said.

On the afternoon of March 20, Valencia said her little girl and other family members were shopping at the Target on Vineland Avenue and Victory Boulevard in North Hollywood.

Seven was being carried by  Jasmin’s brother and the family was unaware they were being followed. 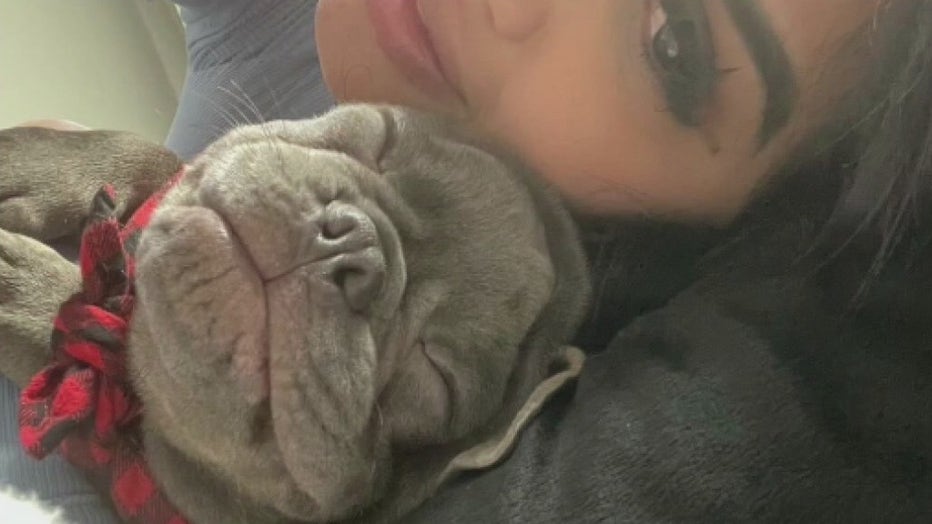 "They were after the dog. My brother tried to fight them," she explained recalling the violent dognapping.

That was the last time the family saw their beloved puppy.

On Thursday, the Los Angeles Police Department released the photos of the two possible suspects, as well as their descriptions: 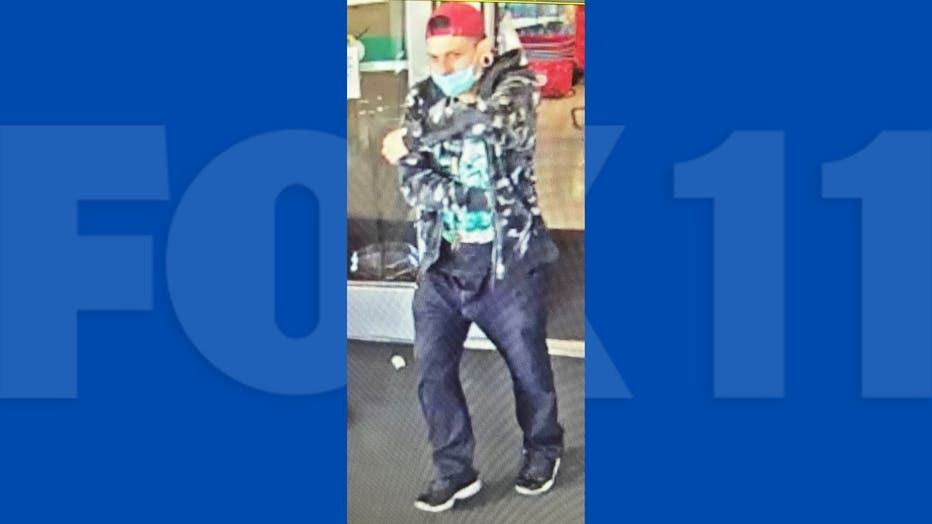 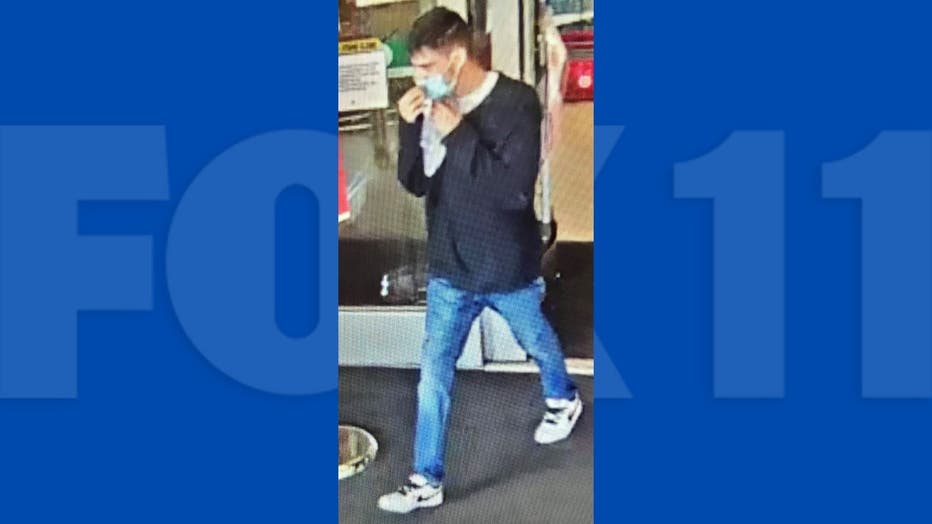 Investigators said what happened to the Valencia family is part of a disturbing crime trending happening worldwide. 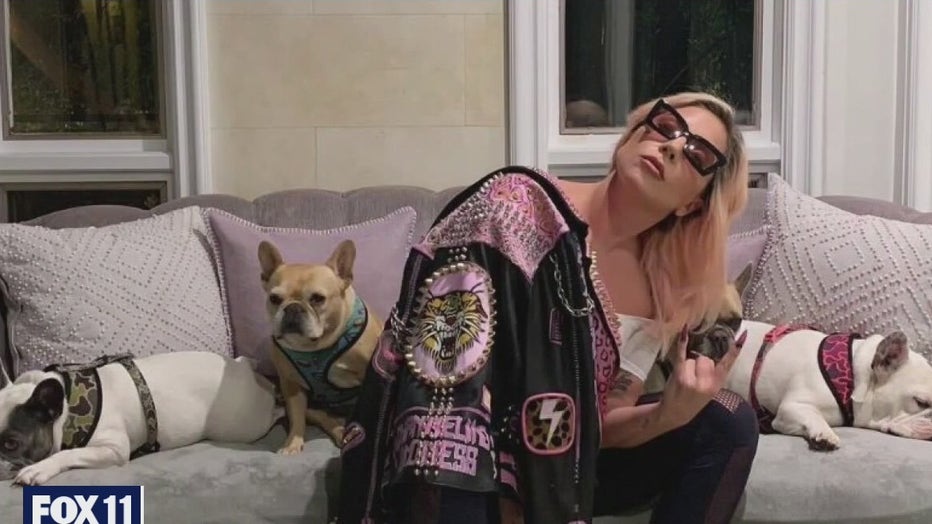 Just last month, Lady Gaga’s dogwalker was shot by thieves who stole two of her three French bulldogs. The dogs were later returned, but the suspects remain at large.

Seven is worth a lot of money, but it’s not about that, Valencia said.

She said it is about what he means to her and more importantly, her eight-year-old daughter.

"She can’t even speak without crying. So, we just want him back home," Valencia said. 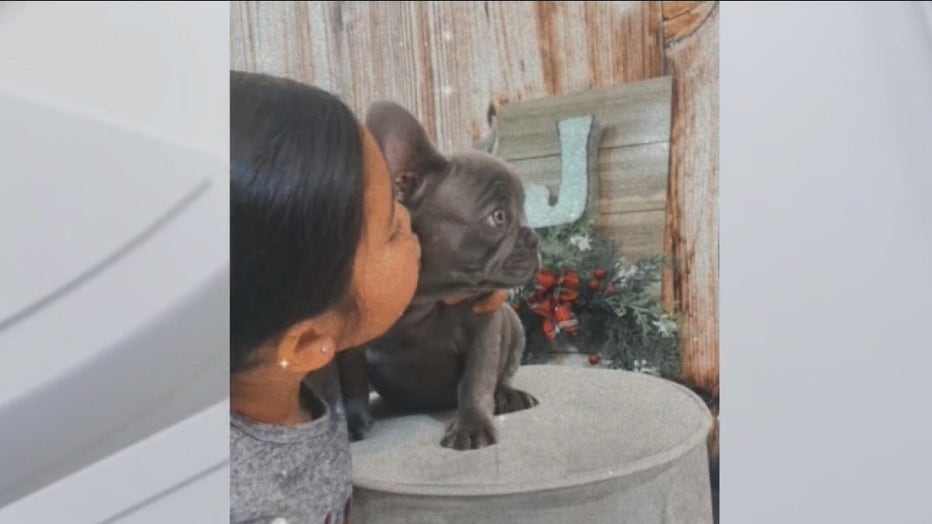 With the help of her friends, she is now offering a $12,000 reward for Seven’s safe return.

If you have any information, you are asked to contact LAPD’s North Hollywood Station at 818-754-8300.