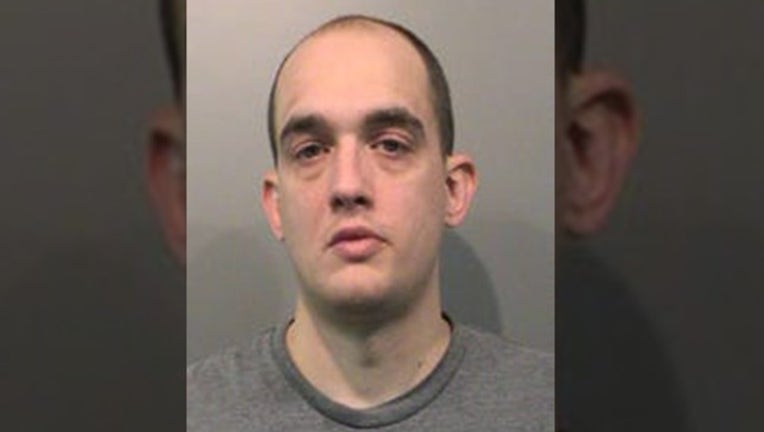 GREENWOOD, Ind. (FOX 35 ORLANDO) - An Indiana man is accused of killing his mother's dog in their home on Sunday.

Michael Lukas, 35, is facing criminal charges after investigators say video evidence was presented to them of Lukas beating the 16-year-old border collie named Gypsy to death.

According to the Indy Star, Lukas' sister called Greenwood officers on Sunday to alert them of a video of Lukas killing the dog. Gypsy was found dead inside their mother's home earlier that day.

The sister reportedly told officers that she and her husband were going to bury Gypsy when they found the disturbing security footage. Lukas had reportedly told them he didn't know what happened to the dog.

According to investigators, Lukas is seen hitting and kicking Gypsy for about 12 minutes. He then reportedly picks up Gypsy over his should and throws her down. After Gypsy is not longer moving or making noise, the police report states that Lukas is seen in the footage sitting down and saying "you stupid (expletive). God you're so stupid."

The mother reportedly told investigators that she had wanted her son out of the house because there were still three pet cats at the house. She also stated that she did not understand why he would hurt Gypsy because she slept with him almost every night.

After initially denying hurting the dog, police say Lukas was told there was footage of the abuse and that's when he confessed to kicking and throwing Gypsy.

He was arrested and taken to jail.