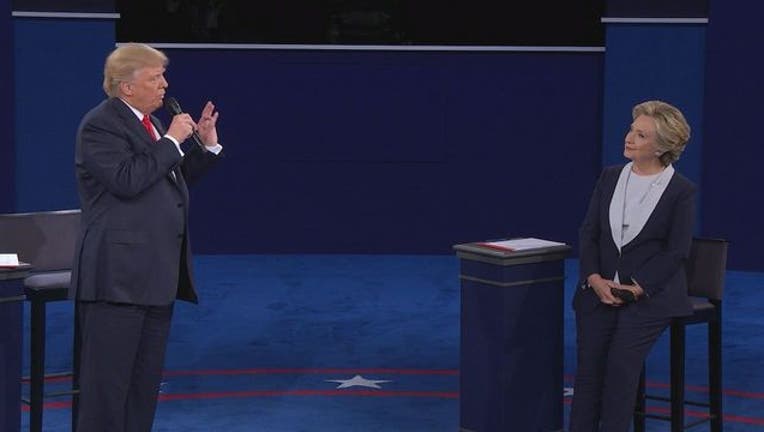 Clinton leads Trump by a margin of 48 percent to 44 percent, with Libertarian Gary Johnson getting 4 percent and Green Party candidate Jill Stein at 1 percent, according to the Quinnipiac University poll released Monday. Clinton also leads Trump by four points --- 49 percent to 45 percent --- in a head-to-head matchup.

The margin is similar to a five-point lead that Clinton held over Trump in an Oct. 3 Quinnipiac poll. Florida Atlantic University released a poll last week showing Clinton up by six points.

Peter A. Brown, assistant director of the Quinnipiac University Poll, said an eight-point edge among independent voters has helped push Clinton into the lead in the state.

"Hillary Clinton is holding a thin lead in Florida because she is winning the battle for independent voters and holding her lead among women, non-white voters and her Democratic base," Brown said in comments released with the poll results. "Libertarian Party candidate Gary Johnson, considered the alternative to Clinton or Trump, is not catching fire in the Sunshine State."

The poll of 660 likely Florida voters, conducted from Oct. 10 to Sunday, has a margin of error of 3.8 percentage points.

The Connecticut-based Quinnipiac frequently conducts polls in Florida and other swing states. It also released poll numbers Monday showing Clinton leading in Pennsylvania and Colorado and the candidates deadlocked in Ohio.

The poll was conducted after an Oct. 9 debate and as Trump was engulfed in controversy about vulgar comments about women and a series of allegations that he groped or kissed women against their will. The poll's release came as Clinton and Trump prepare for a final debate Wednesday in Las Vegas.

"Trump's best hope is a knockout win in the last debate Wednesday evening, his last shot at a national audience," Brown said. "Once the Wednesday debate is over, the last three weeks of the campaign will be fought by competing turnout machines and TV commercials. Many observers believe Clinton has the superior ground game and money edge to dominate the airwaves."

Winning Florida's 29 electoral votes is widely viewed as critical for Trump's chances of capturing the White House. Both candidates, their running mates and surrogates have repeatedly made campaign trips to the state.

As an example, President Barack Obama is scheduled to campaign Thursday afternoon for Clinton at Florida Memorial University in Miami Gardens.