Orlando and Central Florida will see warmer temperatures in the coming weeks but a cold front is expected to deliver cooler and comfortable weather later this week with a chance of showers. 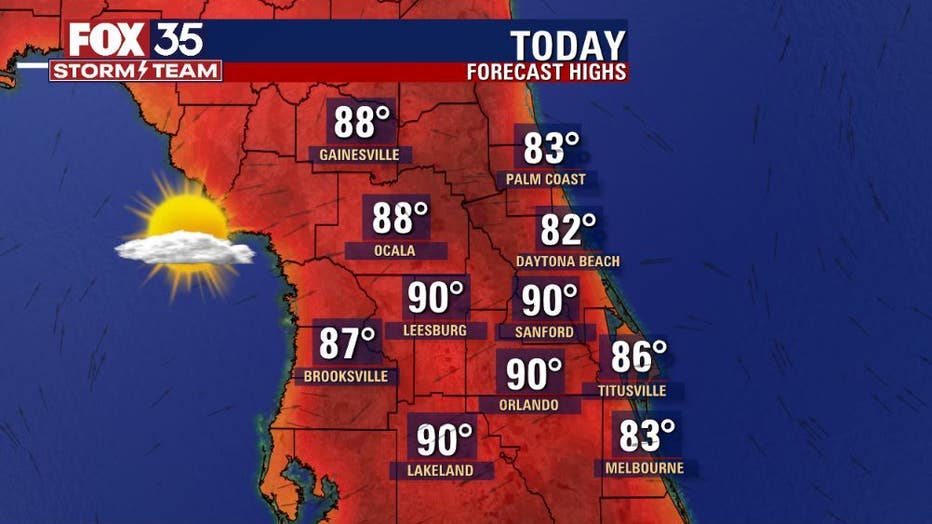 Local weather looks pretty good today. Plenty of sunshine and highs in the 80s to around 90 for some inland locations. There could be a few isolated showers or storms mainly west of Orlando after 3pm today; coverage looks quite low overall at less than 20%.

If you have plans to go to the theme parks today, heat and a little extra humidity will rule the day. Temperatures will be near 90 degrees. The UV Index is high, so keep your sunscreen handy. 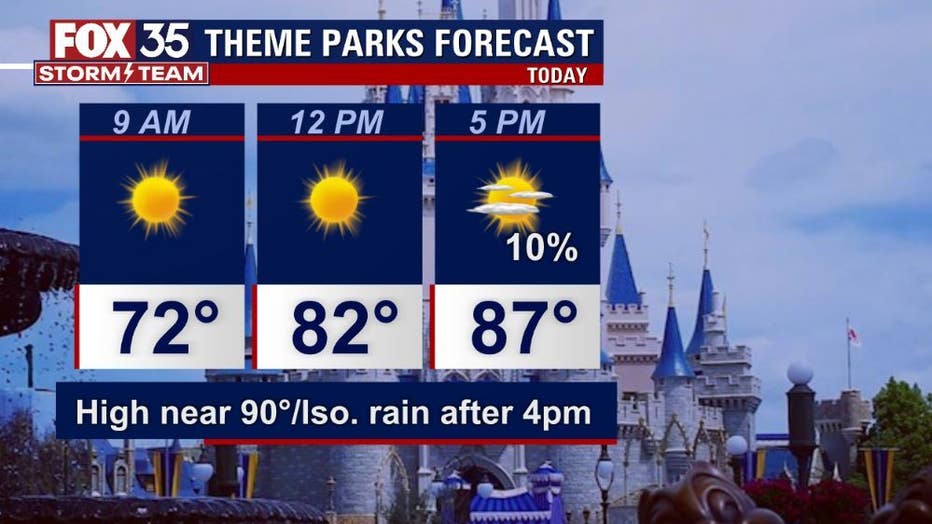 Residents and visitors can expect a great beach day. Highs in the 80s with plenty of sunshine.

The rip current risk remains moderate for the Atlantic beaches with the greatest threat window opening up from 8:30 a.m.- 2:30 p.m. due to tidal effects The
surf will be 2-4 feet in a mix of swell. Winds will trend Easterly at 5-10 mph.

A cold front will enter the area tomorrow ( Wednesday) with a few afternoon showers and isolated storms in tow. Rain chances are near 30% primarily for the afternoon hours. Storms shouldn't be all that strong. 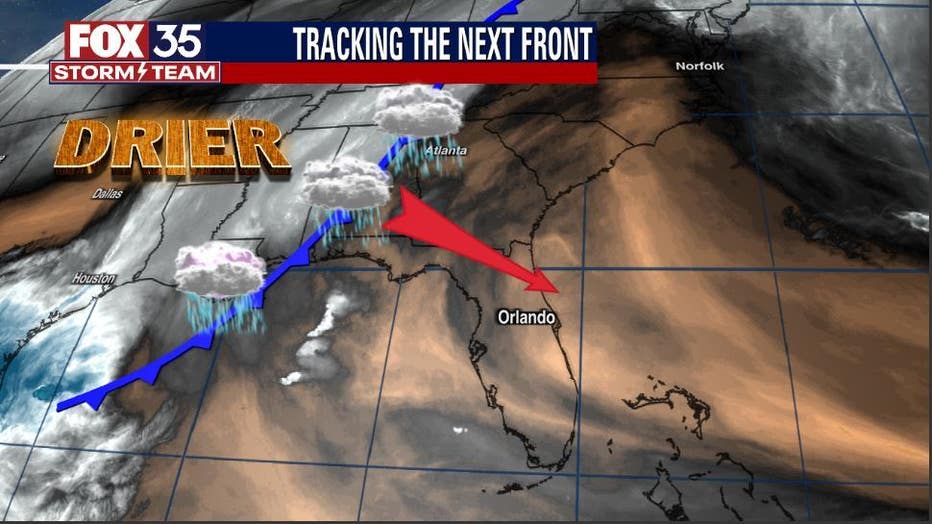 The main threats appear to be some possible lightning strikes and areas of heavy rainfall. As the front clears the area Wednesday evening, Northerly air flow takes over, skies dry. Cooler on Thursday with highs in the lower 80s and breezy winds developing.