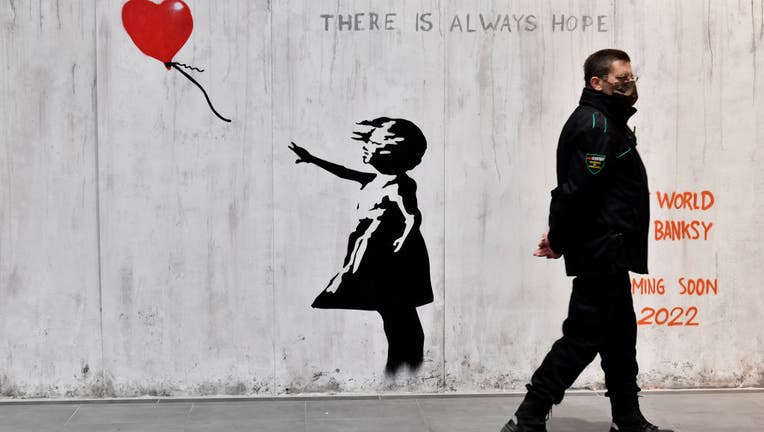 TURIN, ITALY - FEBRUARY 24: A man walks near a Banksy artwork during the "The World of Banksy" Art Exhibition at Porta Nuova Railway Station on February 24, 2022 in Turin, Italy. (Photo by Stefano Guidi/Getty Images)

ORLANDO, Fla. - An exhibit dedicated to the famously anonymous graffiti artist Banksy is coming to Orlando!

Banksyland is an unauthorized and uncensored up-close look at Banksy's 25-plus year career –  which at times has created controversy.

Ticket holders will reportedly receive the event location information 1-2 weeks before the opening.

Bansky, who has never confirmed his full identity, began his career spray-painting buildings in Bristol, England, and has become one of the world’s best-known artists. His mischievous and often satirical images include two policemen kissing, armed riot police with yellow smiley faces and a chimpanzee with a sign bearing the words, "Laugh now, but one day I’ll be in charge."

"Girl With Balloon" was originally stenciled on a wall in east London and has been endlessly reproduced, becoming one of Banksy’s best-known images.