The Marion County Sheriff's Office posted video of the incident onto their Facebook page.

MARION COUNTY, Fla. - A Florida man was arrested after he retrieved a loaded firearm and threatened to shoot at deputies because they asked him to turn his music down following an anonymous noise complaint, deputies said.

The Marion County Sheriff's Office said that deputies responded to a home in the early morning hours of February 23 in regard to an anonymous noise complaint.

Upon arrival, they said that they found 51-year-old Rick Lee Miller listening to music while drinking moonshine.  They posted a video of the interaction on Facebook.

In the video, a deputy is heard telling Miller "We just want you to turn the radio down. That's it. Will you do that?"

Miller responds "yes sir" but then grows hostile and asks "who the ---- called on me" while approaching the deputy.

After trying to reason with Miller, he told the deputy the "I'll shoot you where you stand."

Deputies continued to try to reason with Miller, but he refused to comply. They said that he then retrieved a loaded firearm and threatened to shoot at the deputies. 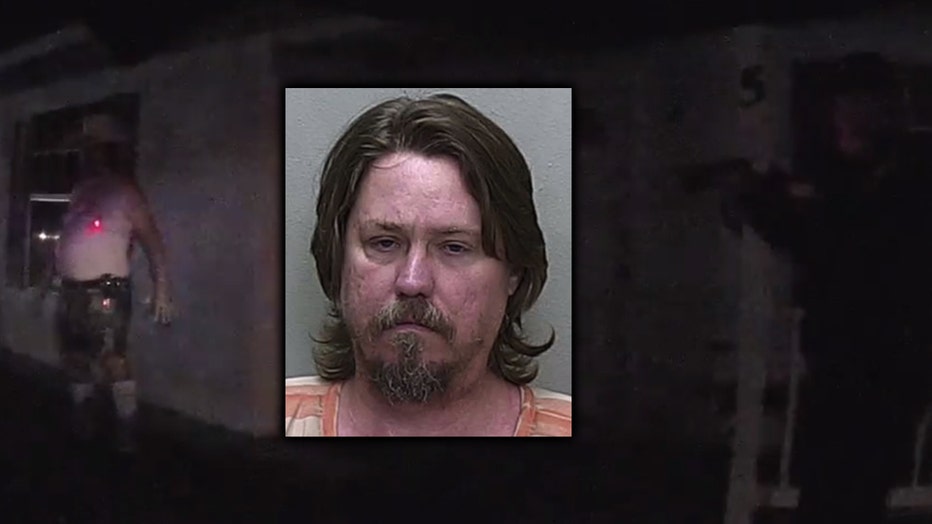 They went on to tase Miller, deputies said. He was arrested for Use of Firearm Under Influence of Alcohol, Obstruct Without Violence, Assault with Intent to Commit a Felony, and Breach of Peace.

"Next time, we recommend taking the party inside and turning the music down. Rick was treated to an all-inclusive stay at our infamous Gold Star Hotel (without his radio)," the Sheriff's Office said on Facebook.