A high school janitor is accused of recording video of girls and a teacher inside a bathroom at Oviedo High School. There are 18 allegations of voyeurism that allegedly occurred on three occasions.

OVIEDO, Fla. - A janitor at a Florida high school was arrested after police said that he propped up a phone up under a sink in a handicap restroom stall and filmed several female juveniles and a teacher using the restroom.

The Oviedo Police Department said that on November 11, 2019, two female juveniles at Oviedo High School located a cellphone that was recording video under the sink in the handicap stall of a girl's restroom at Oviedo High School. The girls immediately took the phone to the school's discipline office and surrendered it to the Dean of Students, who gave it to the on-duty School Resource Officer. Detectives were also notified of the findings. 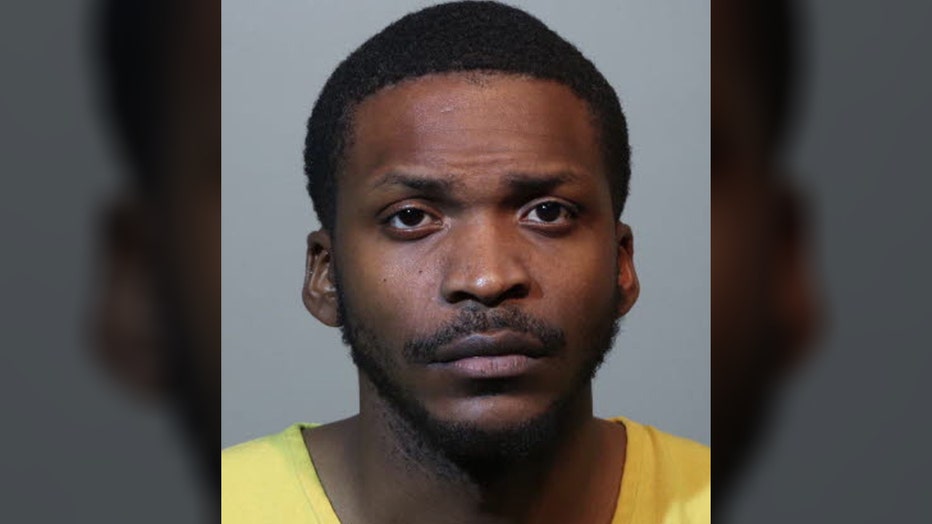 Police went on to say that in the videos, Derremy Jerrell Walker, a 29-year-old custodial employee at the school, is observed propping the phone up under the sink to allow it to record the toilet. They found several recordings from several days of juveniles and one teacher. The faces of the victims were reportedly not visible in the videos but detectives used surveillance footage to identify the victims by their clothing.

There were said to be nine victims total, who were all identified. Their parents were notified as well and all parties wish to prosecute, the City of Oviedo said.