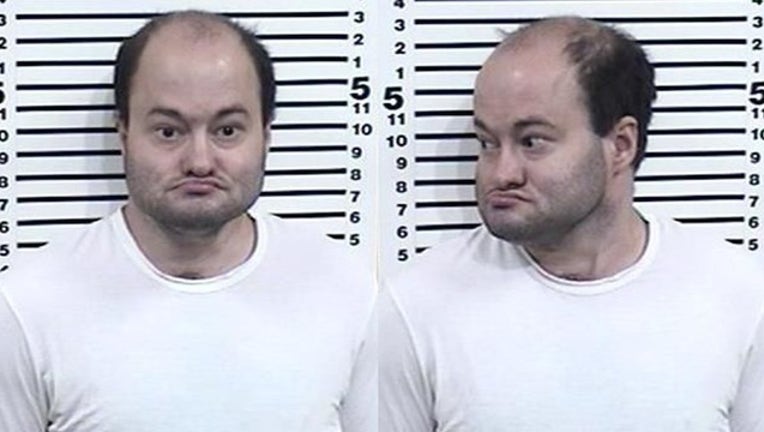 BOISE, Idaho (AP) - An eastern Idaho man has been charged with first-degree murder after police say he stabbed his girlfriend to death and buried her in their backyard, before also killing their two dogs.

Philip Schwab, a 33-year-old zoo volunteer from Idaho Falls, was arraigned Tuesday in Bonneville County Court in connection with the death of Kaylynn Blue. He has not yet entered a plea or been assigned an attorney, though he said during the proceeding that he intended to plead "no contest."

Jessica Clements, a public information officer for the Idaho Falls Police Department, said police were asked to do a welfare check on Blue Monday morning after the 33-year-old failed to show up for her job at a Walgreens store two days in a row.

When officers went to Schwab's and Blue's home just after 9 a.m., Schwab was cooperative and invited the police inside, Clements said. "They noticed evidence right away that suggested a more serious crime took place — a considerable amount of blood," she said.

That's when they arrested Schwab, secured the home, obtained warrants and began the search for the 33-year-old Blue, she said. Schwab was cooperative and talked with police throughout the day.

"We had a pretty good idea of where they were looking from the conversations with Philip," Clements said. "She was buried in a shallow grave in the backyard in some flowers."

Blue had multiple stab wounds. So did the bodies of the family pets, which were found in a trash receptacle in the garage, Clements said.

The two were dating and lived together, but they didn't have any children, Clements said. One of Schwab's family members who also lived at the home had been out of the home for several days when the stabbings occurred, she said.

"At this time, we believe she was killed sometime in the late hours of Saturday night or early hours of Sunday morning. Sometime after that, there were two dogs that were family pets in the home that were killed," Clements said.

Schwab's recent Facebook timeline was filled with hundreds of rapid-fire and bizarre posts apparently from Schwab, many made just minutes apart between Friday, June 21, and Monday, June 24.

Some appeared to reference a crime.

"If stabbing people is wrong I don't want to be right!" read one post from Saturday night, followed eight minutes later by one reading, "Am I looking like Michael Myers now?? Lol"

Clements said the "troubling messages" on Facebook are part of the investigation, as is Schwab's mental status.

Clements said all of Schwab's other family members have been accounted for.

"We don't believe that there is any further threat to the community or anything like that. But of course for things like this, that investigation has to continue so we can make sure all that information is considered," she said.