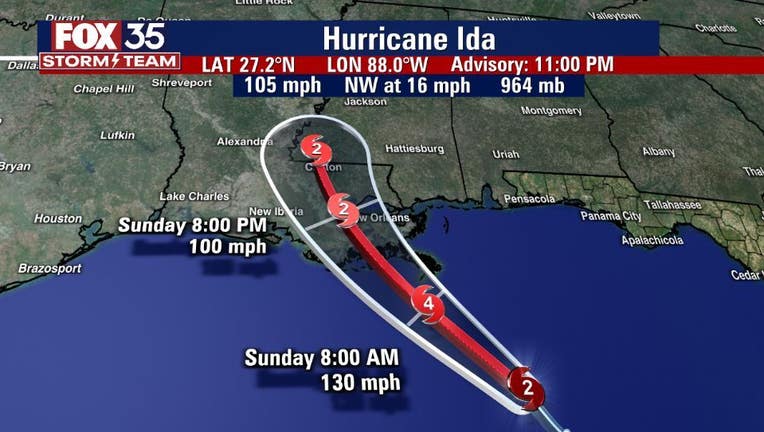 ORLANDO, Fla. - Hurricane Ida strengthened into a Category 2 storm on Saturday. The storm is forecasted to become a dangerous Category 4 storm before it potentially makes landfall in Louisiana on Sunday.

FOX 35 Storm Team Meteorologist Allison Gargaro said rapid strengthening of the storm is expected over the next 12 hours.

She said, however, it could make landfall in Louisiana on Sunday as a Category 3 storm, which is still extremely dangerous. 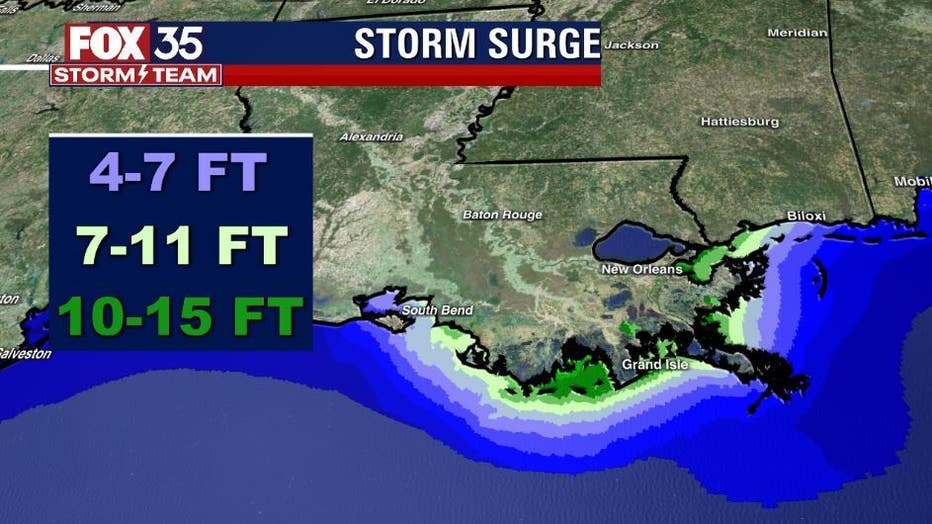 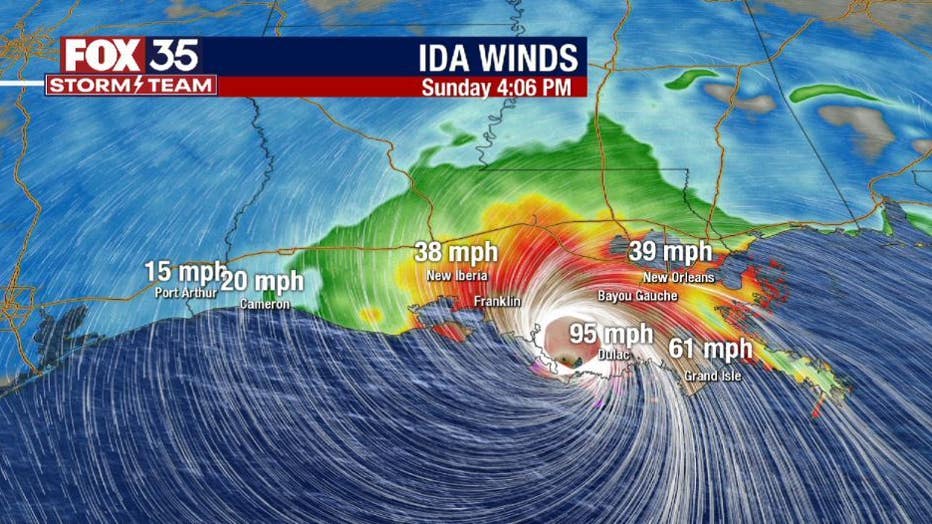 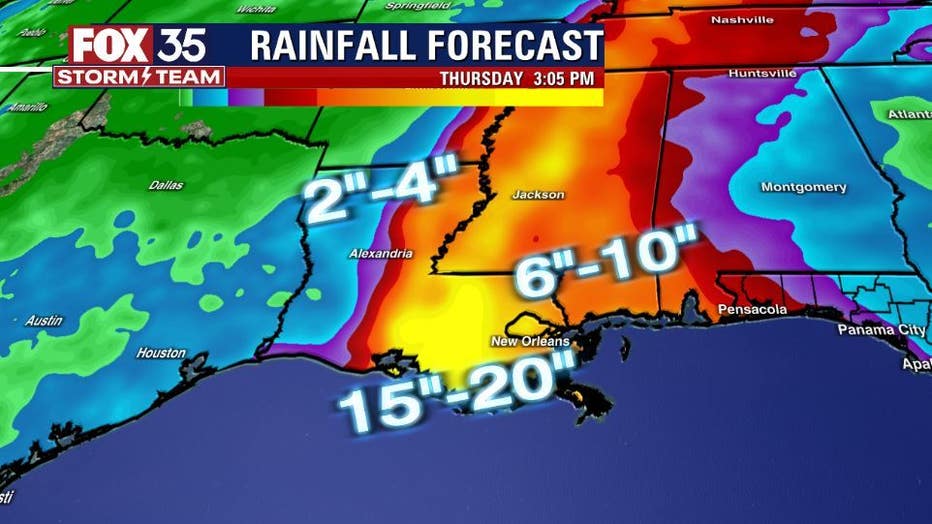 This month marks the 16th anniversary of Katrina's landfall as a Category 3 storm with 125 mph winds.

Katrina is blamed for an estimated 1,800 deaths from the central Louisiana coast to around the Mississippi-Alabama state line. 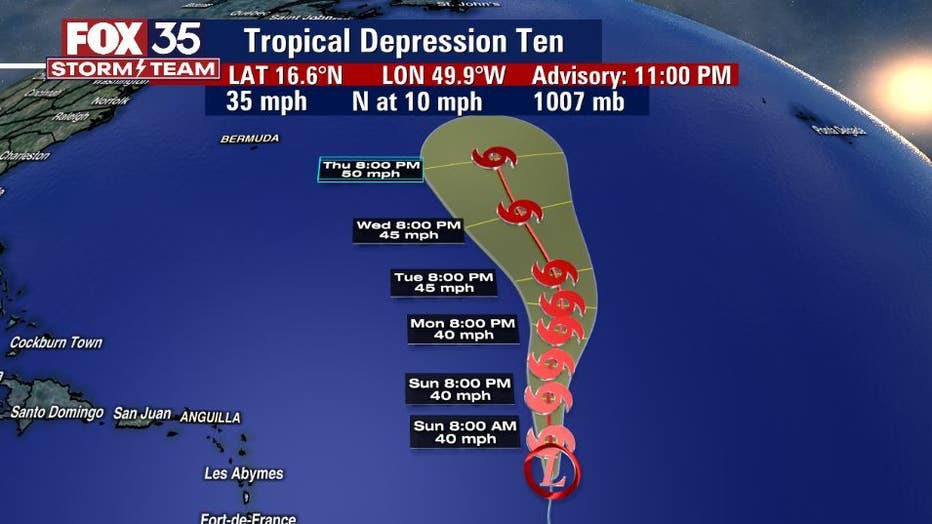 Tropical Depression 10 formed in the Atlantic and could become a tropical storm on Sunday.

The NHC said the storm is moving north at 10 mph with maximum sustained winds of 35 mph.

On Saturday, the system was located several hundred miles east of the Leeward Islands. Some strengthening is forecasted.

If it does develop into a tropical storm, it would be named Julian. 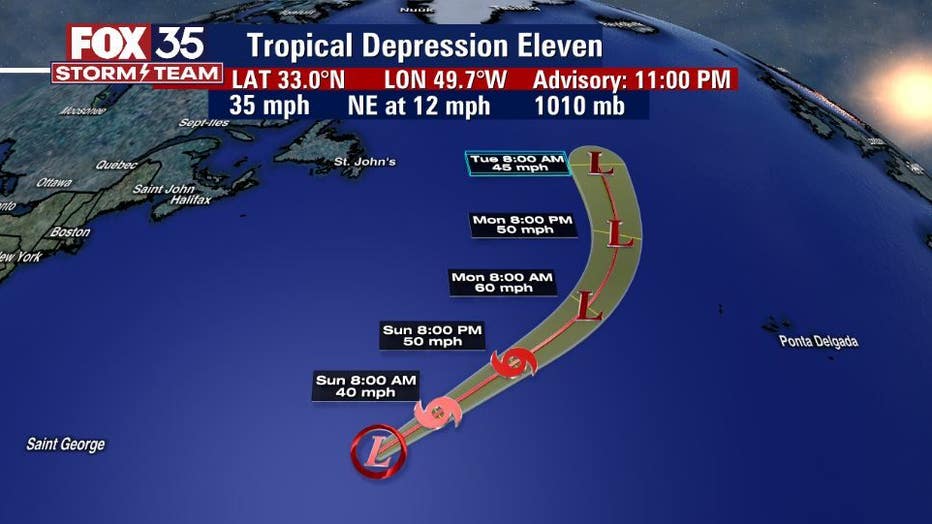 It is moving northeast at 12 mph with maximum sustained winds of 35 mph.

Forecasters said the new depression is over the subtropical central Atlantic and is expected to be a short-lived tropical storm.

The system is expected to move away from the United States.