"As their air-conditioned capsule ascends above Orlando, players scan the rooftops of ICON Park to find 50 strategically pre-selected targets with varying degrees of difficulty," ICON Park described on its website. "To get the highest score possible, players need to hit as many of these as possible with their laser blaster during the 18-minute ride." Watch video below to see how it works.

A new laser gun game coming to Orlando's ICON Park is getting mixed reactions on social media. Bullseye Blast will be added to The Wheel and lets players scan the rooftops of ICON Park to find 50 strategically pre-selected targets. The concept didn't sit well with many online who blasted the new game as "insensitive."

Each of the laser blasters has a scope on it that lets players view an infrared beam that helps them when aiming at the targets.

The concept didn't sit well with many online who blasted the new game as "insensitive" given the mass shootings recently in Uvalde, Texas and at a Buffalo, New York supermarket. 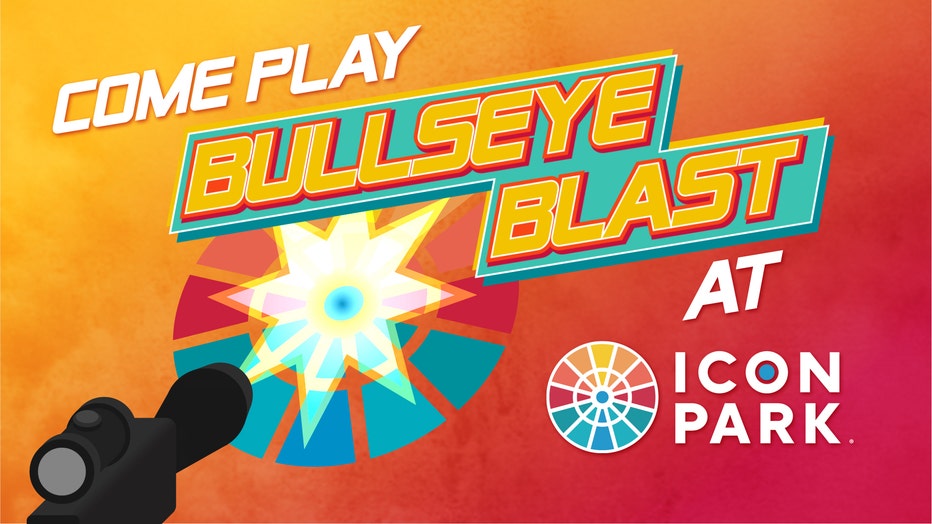 "Ahh yes, let’s allow tourists to pretend to snipe at a city that was FOREVER scarred and traumatized by an act of gun violence," one person wrote, referring to the devastating terror attack at Pulse nightclub in Orlando in 2016.

Another commented under a tweet from theme park blog Laughing Place: "You would think at some point someone in the planning stages looked around and thought ‘Could this be problematic in any way?’ but nah, welcome to 'murica."

"How did this make it off the drawing board?!" another tweeted. "Big difference between shooting aliens/robots to practicing our sniper skills in a real-life urban area."

Some people, however, argued that there was "no reason for anyone to get their panties in a bunch."

"This concept is no different than Buzz Light Year’s Space Ranger Spin at Disney’s Magic Kingdom or Men In Black at Universal Studios."

ICON Park has been under scrutiny over the past few months after 14-year-old Tyre Sampson fell to his death from a drop tower ride earlier this year. Both Orlando FreeFall – the drop tower ride – and Orlando Slingshot, which are owned by the Slingshot Group, have been closed since March. Tyre's father wants the FreeFall attraction to close down for good.