The man was arrested after a domestic violence incident with his mother.

DELAND, Fla. - A Florida man faces multiple charges after he was arrested for threatening to kill his mother and then coughed on the deputies arresting him, stating that he hopes they get coronavirus and die, the Volusia County Sheriff's Office said.

They said that the man, identified as 46-year-old Brent Smith, was arrested after threatening his mother with a butter knife and snatching the phone from her when she tried to call for help. The incident occurred after the two of them got into an argument. He reportedly called his mother obscene names and said, "I will kill you!" She called law enforcement and he grabbed the phone out of her hand. He was said to be holding it still when deputies arrived.

However, when deputies arrested Smith, deputies said that he accrued more charges after becoming very combative. He started to argue with deputies, coughing at them and making threats. Video obtained from the Volusia County Sheriff's Office showed the man telling deputies "go f*** yourself" and threatening to "bash your f***ing brains in."

Once in the patrol car, Smith continued to make aggressive statements. The video shows him saying "I hope you die. I hope you catch corona. I hope the coronavirus, I hope it latches on to you." He then started coughing and blowing at the deputy. 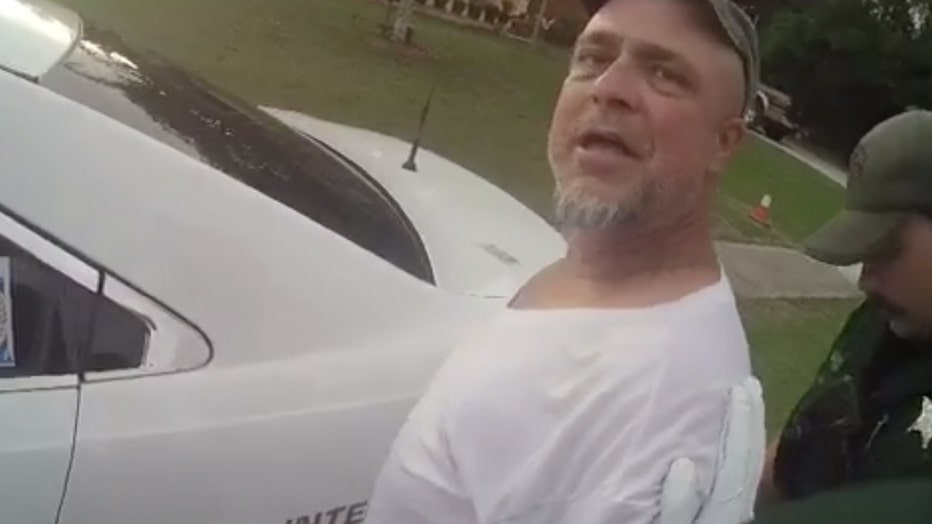 Smith was said to have been charged with aggravated assault with a deadly weapon, aggravated battery on a person 65 or older, tampering with a witness, robbery by sudden snatching, grand theft, assault on a law enforcement officer, corruption by threat against a public official, and violation of probation on an original charge of aggravated battery on a pregnant person. He is in jail without bond.