Husband reacts after 2 arrested for hitting his wife, leaving her in coma

Daniel Leonard and Kyle Oliver are both charged for the brawl that broke out near the Seabreeze in Daytona Beach in September, leaving Pamela Burich in a coma.

DAYTONA BEACH, Fla. - "Clearly it sounds like they’re not going to get away with it."

Barry Burich is breathing a sigh of relief after learning two men were arrested in the brawl that left his wife with a brain bleed.

Daniel Leonard and Kyle Oliver are both charged in the brawl that broke out near the Seabreeze in Daytona Beach in September, leaving Pamela Burich in a coma.

"There’s nowhere in the world for hitting a woman and he had no problem doing it apparently," said her husband Barry Burich.

Daytona Beach police say Oliver is the suspect and Leonard was the getaway driver.

Daytona Beach police say Pamela Burich and her family were out at a nearby bar celebrating the night before her son got married. When they left the bar, she was somehow swept up in a fight and was hit. She's been in the hospital ever since. 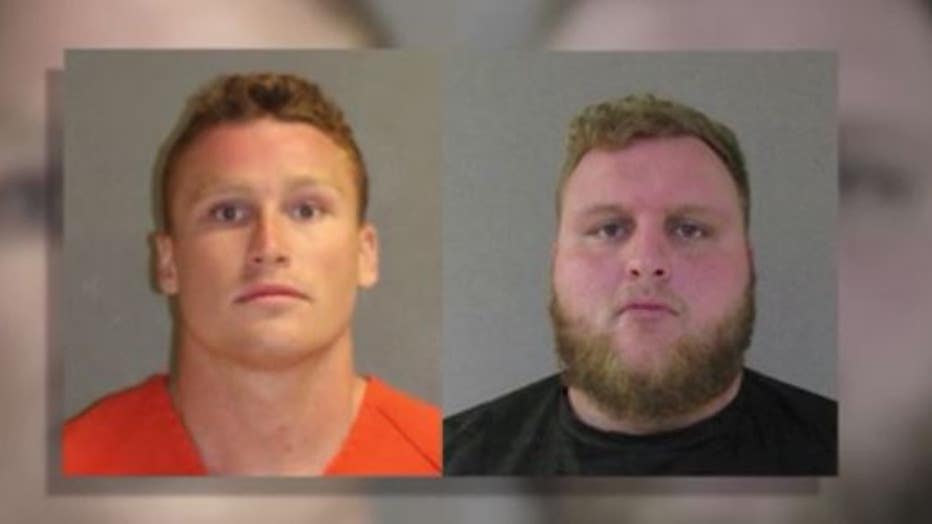 "She’s moved from the ICU to the intermediate care." It's a sign that she's getting better fast. "Just her responsiveness has increased so much more. They’ve gotten her out of bed and had her stand," Burich said.

Now, she's awake, able to drink from a straw, and recognize her husband.

"If you don’t believe in somebody upstairs – I believe it anyway – but this sure just reassured a whole lot of things," including that his wife will only continue to improve.