ORLANDO, Fla. - The 2022 Atlantic hurricane season is less than 100 days away (doesn't it feel like it just ended?), which begins on June 1.

Officials have released the list of names you may hear from our FOX 35 Storm Team meteorologists this year:

Colorado State University is expected to release its first season outlook on April 7 while the National Hurricane Center will release its official forecast in May. 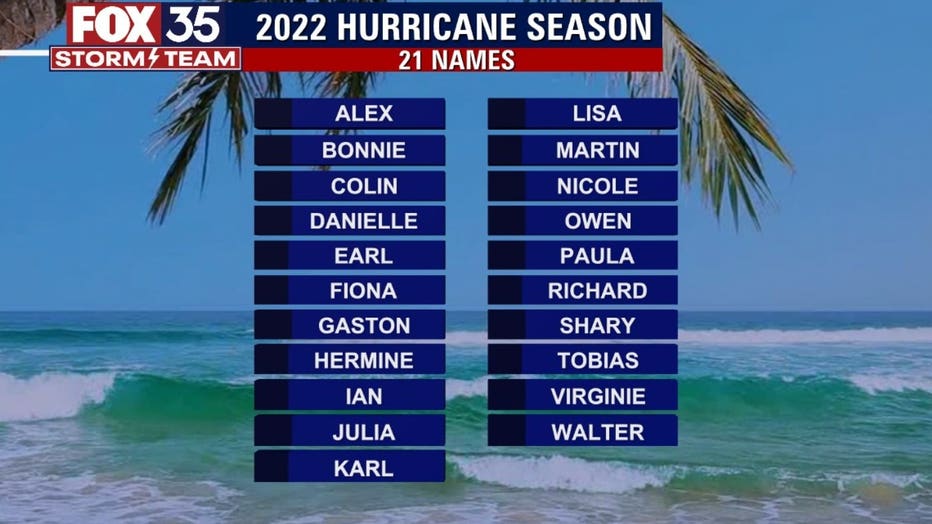 Last year's hurricane season ended as the 3rd most active on record. The entire list of names was exhausted through the very busy season. Fortunately, Florida had brushes with only three named systems --- Elsa, Fred and Mindy --- that were mostly rainmakers with tropical-storm force winds.

Hurricane season runs from June 1 to November 30, but it's never too early to be prepared. Make sure you have the FOX 35 Storm Team Weather App downloaded and ready to receive daily forecasts and to be the first to know when severe weather is coming to your area.