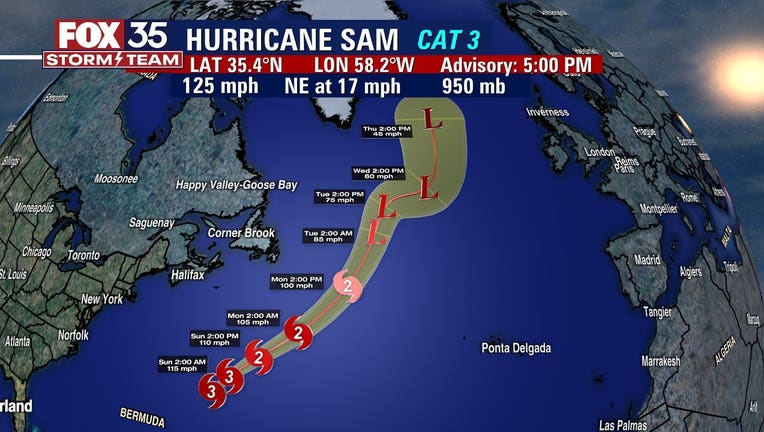 ORLANDO, Fla. - Hurricane Sam continues to charge across the Atlantic as a powerful Category 3 storm.

The National Hurricane Center said Sam is moving away from Bermuda, and tropical storm warnings have been discontinued for the island.

The monster storm has weakened from a Category 4, but it still remains a powerful system.

"Additional weakening is forecast during the next few days, but Sam is expected to remain a major hurricane through today or tonight.  Sam is likely to become a hurricane-force post-tropical low by Monday night or early Tuesday," the National Hurricane Center said.

Although Sam is not expected to have a direct impact to Florida, the system is pumping some ocean swells into our beaches.

"Expect numerous strong, life-threatening rip currents in the surf zone this weekend," says FOX 35 Storm Team Meteorologist Kristin Giannas. "Getting into the water is not advised."

Meanwhile, Tropical Storm Victor is moving over the tropical Atlantic. 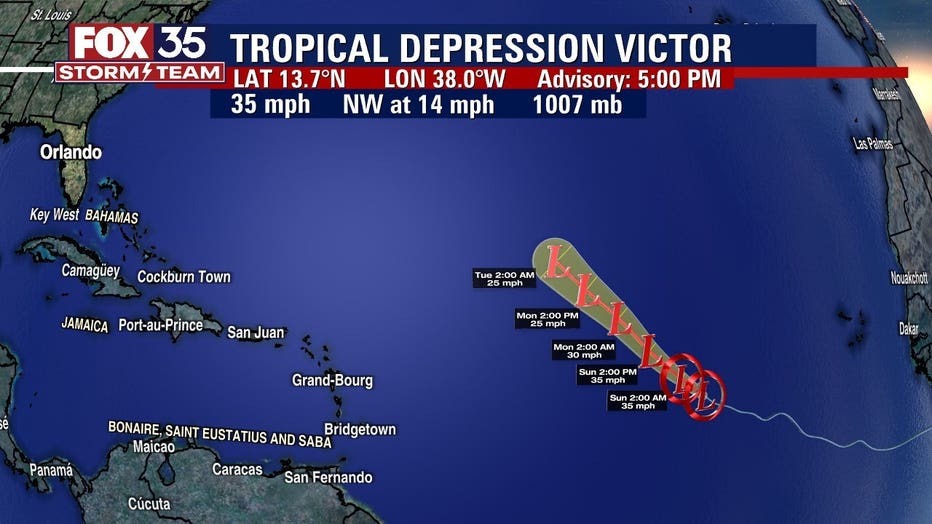 Victor is moving toward the northwest at 14 mph and is expected to weaken over the next few days. The system is not expected to be any threat to the U.S.

"Gradual weakening is forecast over the next couple of days, and Victor could become a remnant low by tonight. The system is then forecast to dissipate by Tuesday."

The next name on the storm list is ‘Wanda,’ finishing off the list of 2021 Atlantic tropical system names. At this point, forecasters will need to use the alternate list of names. In the past, the Greek alphabet was used but this was changed this year.

As for the rest of Central Florida's weather this weekend, isolated showers will move over East Central Florida Saturday afternoon, with the highest chance for rain across Lake and Volusia counties. Temperatures will hit the mid-and-upper 80s.