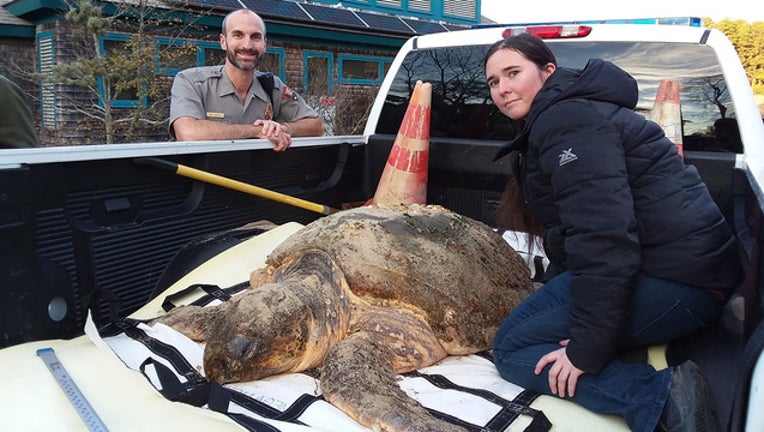 Hundreds of cold-stunned sea turtles are turning up in the waters off of Cape Cod.  Cold weather since late October have brought a steady stream of dozens of turtles a day.

Close to 600 cold-stunned sea turtles have been rescued so far, according to Mass Audubon Wellfleet Bay Wildlife Sanctuary.

A week ago crews rescued a nearly 300 pound loggerhead from Great Island in Wellfleet, Mass.

Volunteers Bruce Hurter and Charlie Sullivan found it on the beach.  The possibly record-sized turtle for Massachusetts was taken to the New England Aquarium for medical care.

There is an annual cold-stun season on the cape.  last year about 400 turtles washed ashore. Sea turtles become cold-stunned when they stay in waters that dip below 50 degrees Fahrenheit.  Many often don't survive.