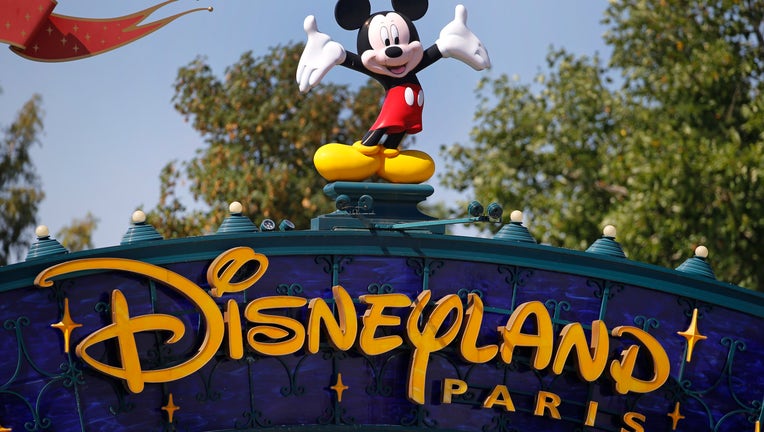 The logo of Disneyland Paris is seen at the entrance of the park on July 13, 2020 in Marne-la-Vallee, near Paris, France. After four months of closure, the amusement park officially reopens its doors on Wednesday July 15 with compulsory reservations

The French theme park said that said you can purchase access to the fast lane through the Disneyland Paris app. Just sign in to your Disney account, link your ticket, choose the attraction you want to ride, select the guests who are coming with you, and depending on availability, you will be given a time slot. After you pay, head to the attraction during your allocated time slot and present the QR code in the ‘My Disney Premier Access’ section of the app.

If you do not have a smartphone or Disney account, Disneyland Paris said that you can also purchase Disney Premier Access at City Hall inside the park or at Studios Services in the Walt Disney Studios Park.

TRENDING: Man says he lost nearly 70 pounds after he could not fit on Universal Orlando coaster

The theme park website said that the passes cost between 8 euros and 15 euros. That equates to about $9.49 to $17.80. Prices vary per guest, per attraction, and per day. Attractions that offer Disney Premier Access include Big Thunder Mountain, Peter Pan's Flight, Ratatouille: The Adventure, Buzz Lightyear Laser Blast, Star Wars Hyperspace Mountain, Star Tours: The Adventures continue, The Twilight Zone Tower of Terror, and Autopia.

They posted screenshots of prices listed on the Disney app. For example, passes for the Big Thunder Mountain fast lane were shown to be 12 euros per guest.

There is no word yet on if the Disney Premier Access service will come to the American parks. Prior to the COVID-19 pandemic, both Disneyland Walt Disney World offered fast-lane access to attractions through a ‘Fastpass' service, which could be reserved through the park app or at kiosks throughout the parks. They have yet to return to either coast though.