PHOENIX, Ariz. - Authorities say a hot air balloon had a hard landing and caught fire next to a dirt road in the desert in north Phoenix, starting a small brush fire but causing no injuries.

This happened near 36th Street and Carefree Highway on Wednesday morning. 13 passengers were reportedly on-board the balloon when it went down. They say when the balloon hit the ground, the crew tried to launch it again and that's when the basket caught fire, igniting nearby brush.

One man at the scene said he was enjoying the balloon ride with his wife and two children.

"On our way up here, the pilot was telling us that it's the safest mode of transportation.. it definitely was a freak accident," he said.

Another man at the scene added, "We reached the ground and the canvas of the balloon started to shift in on itself and from there, it was just about getting people away." 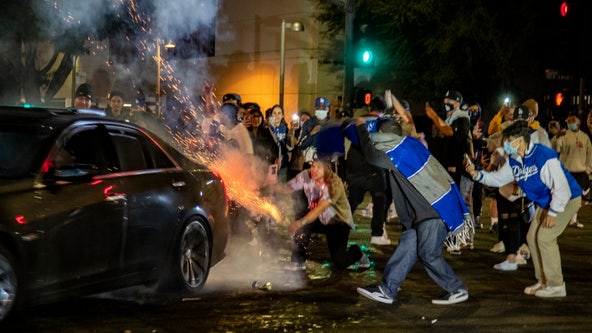