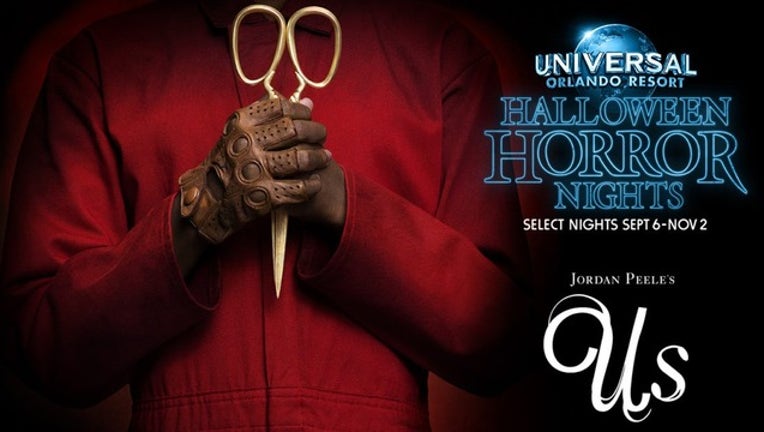 Universal Orlando Resort announced the house on Wednesday, stating that guests will "walk through the Wilson family beach house and Santa Cruz Pier." They will also "venture through the unnerving tunnels that stretch for miles deep below America." There, you will face the "Tethered," which Universal describes as a "group of terrifying doppelgängers of every living man, woman and child in the country."

The haunted house will also include the film's protagonist, Adelaide Wilson, and her tethered double, Red. The two will face off "in a deadly dance with a fatal ending," Universal Orlando Resort said.

Several other houses for this year's Halloween Horror Nights have already been announced, including Stranger Things, Ghostbusters, and Killer Klowns From Outer Space.