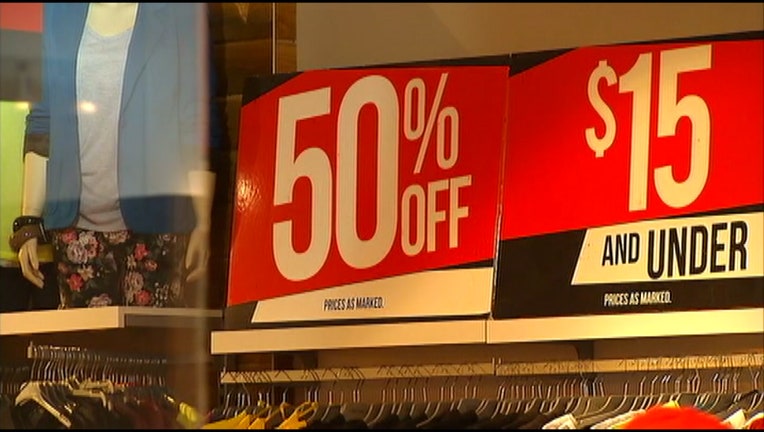 LAKE MARY, Fla. - After the presents are all opened next week, as it happens every year, some gifts will inevitably have to go back to the store because they don’t fit right or weren’t exactly what you were looking for.

You may just want to double-check the store’s return policy before you make the trip.

According to the experts at ConsumerWorld.org, many popular stores are shrinking their return windows this year.

Dworsky points to long-time retailer Macy’s as an example.

According to the experts at ConsumerWorld.org, many popular stores are shrinking their return windows this year.

As of 2015, the company still had an unlimited return policy, but he said that has shrunk year-by-year to now only a 90-day window.

He said Bed, Bath & Beyond and Kohl’s have both shrunk to 180-day windows this year, and others have instituted specialty return policies on certain items.

"For example, Target and Walmart have a 90-day policy which is pretty good for most items, but electronics are only 30 days,” Dworsky said.

He said things get even more complicated at some of the online retailers.

Dworsky says he believes many of the changes may be an attempt to curb return fraud or issues with customers returning vastly out-of-date items that can no longer be restocked.

He also doesn’t expect the trend to swing back.

"I think we're going to continue to see what I call slicing and dicing of return policies,” Dworsky said.

Dworsky advises customers to research store return policies before they buy, but if that’s not possible, definitely check the policy before you try to return.

Also, try to get your returns in as soon after the holidays as possible, but Dworsky recommends waiting until at least a few days after Christmas to avoid the massive post-holiday lines.