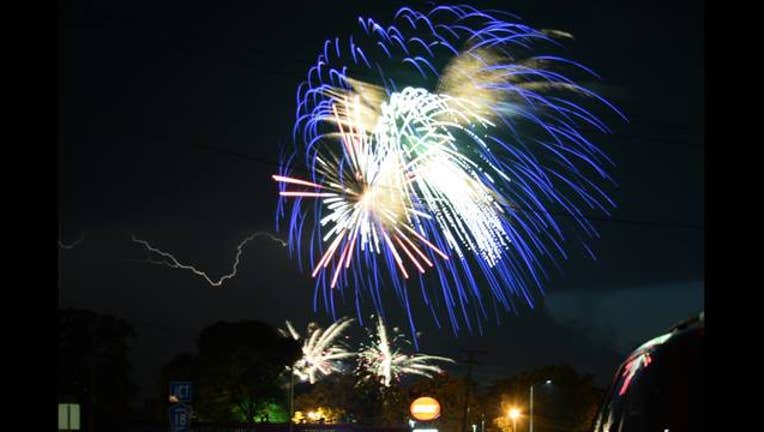 TALLAHASSEE - An effort to allow people to legally set off fireworks four days a year, without a pretense of the purpose, nearly failed to ignite this week in the state House.

The Business & Professions Subcommittee voted 7-5 Wednesday to support a proposal (HB 65) that would allow people 18 and older to purchase fireworks that could be detonated on New Year’s Eve, New Year’s Day, Memorial Day and Independence Day.

While a similar proposal (SB 140) rolled unanimously through the Senate Community Affairs on Monday, House members raised concerns about allowing fireworks to be set off after midnight in residential communities and about the impacts of exploding fireworks on people suffering from post-traumatic stress disorder in a state that banks heavily on military veterans.

Rep. Randy Fine, a Brevard County Republican, questioned if people should have an “unfettered right to shoot off fireworks at one o’clock in the morning on any of these days.”

Fine who voted against the bill, said people have a right to be comfortable in their homes.

“I don’t think we should be making it easier for people to be shooting off these things, which do disturb people, many of whom have issues,” Fine said.

Rep. Jason Fischer, a Jacksonville Republican who also voted against the proposal, said groups in his district are trying to ban fireworks because of the impact on veterans with PTSD and school-aged children with autism.

Another opponent of the bill, Rep. Wengay Newton, D-St. Petersburg questioned the hours of use for fireworks.

“My wife and I, we went to look at the Fourth of July fireworks, we came back, watched a movie and they were still setting off fireworks until three in the morning,” Newton said. “I don’t know at what point you can have law enforcement to be able to do their job, when we let them shoot them off forever and they can’t enforce it.”

Bill sponsor Ana Maria Rodriguez, R-Doral, said issues such as hours of use and even the days could be addressed by county and city governments, as the bill doesn’t preempt local regulations.

“I think the local governments should have the rights to regulate this,” Rodriguez said.

Also, she said Memorial Day was included in the bill to match the Senate proposal, and she wouldn’t have a problem eliminating the May holiday from the measure.

Florida’s fireworks regulations have repeatedly come under scrutiny by legislators, with one lawmaker calling the current state law one of the “goofiest laws in the nation.”

Under Florida law, relatively innocuous devices such as sparklers are legal to buy. But devices such as firecrackers, torpedoes and roman candles are off-limits. People, however, can buy the explosive devices if they sign a waiver saying they will use the fireworks for certain agricultural purposes, specifically for “frightening birds from agricultural work and fish hatcheries.”

In supporting the House bill, Rep. Amber Mariano, R-Hudson, said it’s “a good thing” if people don’t have to worry about repercussions of intentionally signing a false statement.

“And personally, I love fireworks at midnight on New Year’s Eve,” Mariano said.

State lawmakers over the years have tried and failed to amend the fireworks law, with proposals including a repeal of the ban altogether and making changes to the legal waiver.

But fireworks companies --- including TNT Fireworks, Phantom Fireworks and Sky King Fireworks --- have opposed changes, warning of more injuries to consumers if the market is less restricted. In 2018, trauma centers also lobbied against changing the law.

The House and Senate bills are filed for the 2020 legislative session, which starts in January, and each measure needs to clear two more committees.