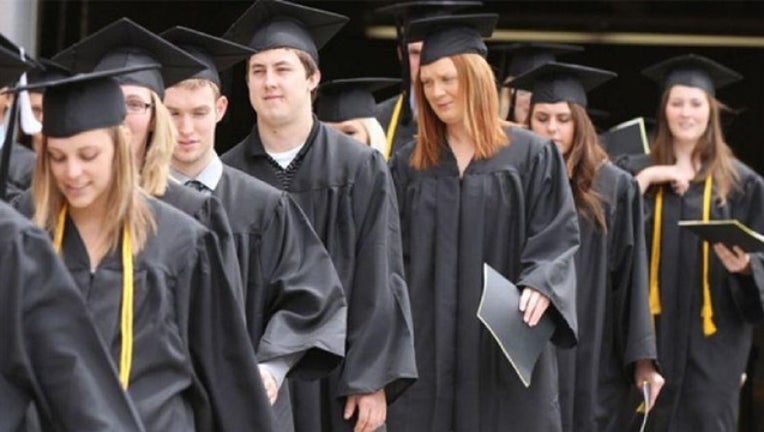 TALLAHASSEE, Fla. (NSF) - Freshmen entering Florida high schools this fall will need higher scores on alternative tests to meet graduation standards in math and language arts, under a rule adopted by the state Board of Education on Wednesday.

School districts warned the higher test scores could prevent more minority students and students learning to speak English from graduating. But state education officials said the new "concordant" scores on exams like the SAT or ACT, which can be used in place of regular assessments, will bring those alternative tests in line with more rigorous education standards adopted in 2016.

The change won’t effectively take place until the spring of 2022, when this fall’s freshman class will be graduating from high school.

Students have the option of using alternative tests like the SAT or ACT to meet those high-school graduation standards. They currently also can take the Postsecondary Education Readiness Test (PERT) to meet the algebra requirement.

The new rule, adopted by the Board of Education during a meeting in Pinellas County, would raise the passing scores for the 2022 graduates on the SAT and ACT. It would also eliminate the PERT, which state officials said is not as rigorous as current math standards.

For instance, the passing score for the reading and writing portion of the SAT would increase from 430 to 480. Students would need a 420 on the math portion of the SAT or a 16 on the ACT math test to meet the algebra requirement.

In an amendment adopted Wednesday, the state board also added the preliminary SAT (PSAT) as another option for meeting the graduation requirements.

But the board’s action came over the objections of a number of Florida school districts, which have questioned the impact of the higher tests scores on their graduation rates.

Kelly Thompson, director of assessment and accountability for the Seminole County school system, said half of the students who currently use the alternative tests to help the district achieve its 88.6 percent graduation rate will not be able to do that with the higher scores.

She projected it would mean 428 students, including 252 African-American and Hispanic students, would end up “without a high-school diploma because of a number on a test on a given day” once the new scores take effect.

Ashlee Zienteck was one of three Winter Springs High School students who asked the board not to adopt the rule.

Zienteck said she was diagnosed with a learning disability in elementary school but will graduate this year, having earned passing scores on the SAT and ACT to make up for falling short by “one question” on the FSA.

“Please don’t change the scores because it makes it harder not only for me but for other kids that are like me who struggle with testing,” said Zienteck, who has earned a scholarship to play softball in college.

In a resolution to the board, Duval County projected the new rule would reduce its graduation rate by 7 to 11 percent, denying 850 students a diploma. Duval officials said the impact could be even greater for schools serving high-poverty populations, projecting graduation declines as high as 30 percent.

Although the vote for the rule was unanimous, several board members expressed concern about the impact.

Michael Olenick, who said he had a son who struggled to earn his high-school degree, said he understood the board had to adopt the rule to comply with the state law on testing standards, but the impact on minority and non-English speaking students “is still hanging over my head.”

Education Commissioner Pam Stewart said the debate over the policy and its impact occurred in 2016, when the board adopted the rule imposing the new testing structure. She said Wednesday’s rule implemented that policy after education officials had collected enough data to set the alternative test scores based on the new standards.

Stewart also said the Department of Education would maintain its priority of reducing the graduation-rate gap between at-risk students and the overall student population.

“It is about ensuring we do the right thing by those vulnerable students that we have talked about, to ensure that they graduate with those competencies and skills that they need in the world no matter what they are going to do,” she said.