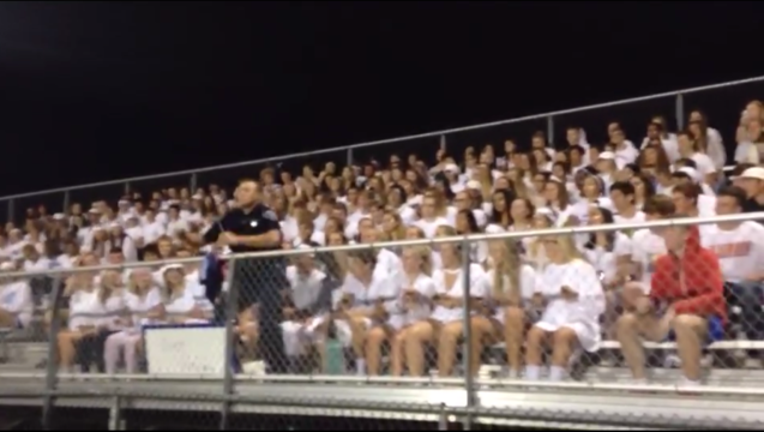 APPLETON, WI (FOX NEWS) - A Wisconsin high school security officer became a media sensation after he was filmed leading students in a popular cheer during a Friday night football game.

The video shows Jack Taschner, a security resource officer at Appleton East High School, walking up the bleacher steps, appearing to break up the crowd’s shenanigans before jumping into gear and leading the “drive the bus” cheer.

Taschner told ABC 2 he came up with the idea as a way to join in student activities.

"It just kind of popped in my head: I'd like to join in on them doing their cheer, and whatever they do, the bus driver thing, so I came in Friday morning, I talked to the principals, I said, 'Hey, here's what I thought, I had an idea,' and they said, 'Yeah, run with it,'” Taschner said.