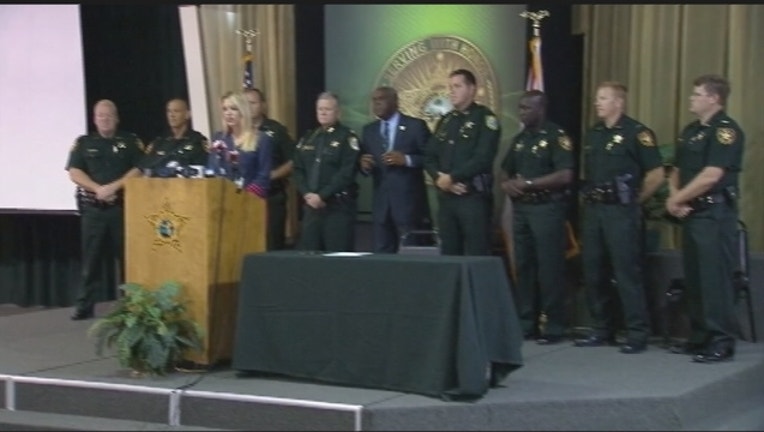 ORLANDO, Fla. (WOFL FOX 35) - Orange County Sheriff Jerry Demings held his annual crime summit on Wednesday morning. There was a particular focus on drugs, including the heroin epidemic that is sweeping across Florida.  Also concerning are synthetic drugs, the so-called "designer" drugs that officials are seeing pop up in the region.

Part of the good news is that deaths from heroin use are down in Orange County, but synthetic drugs are posing a new challenge, especially the new U47700, known as "pinky" on the streets, which is eight times stronger than morphine.

Utah, Wyoming, and Georgia have seen deaths from this drug, and now Florida has seen eight deaths: five in Pinellas County, three in Bay County. Officials say they're changing laws to give law enforcement new tools to handle this epidemic.

"With synthetics, what we've done is say if it looks like Fentanyl or heroin, we don't care what you call it. If the chemicals are pretty much close, and it's acting as that, we're going to charge you with it. And it's going to be prosecuted," says Capt. Carlos Espinoza, from the OC Sheriff's Office Drug Unit.

Officials also say designer drugs are posing an especially dangerous risk to users, because for a lot of them, they don't know the side effects. They know they'll get a rush from it, but they don't know what else comes along with that.

"We saw this in South Florida, people eating people's faces off, and acting so crazy even the drug dealers are saying be careful with this, it's gonna make you go crazy, and we saw where it stopped. So, tougher crackdowns on it, people warned to not use it, it's making a difference," Espinoza says.

Sheriff's deputies say they're taking a two-pronged approach to the issue. First, a new emphasis on treatment for addicts and, second,  a renewed, aggressive approach to the dealers to get those drugs off the streets.