Warning to parents about weed gummies

An Ocala father has a warning for parents about gummies laced with THC after he claims his sixth-grader took one without knowing what it was.

OCALA, Fla. - An Ocala father has a warning for parents about gummies laced with THC after he claims his sixth-grader took one without knowing what it was.

Three students at Liberty Middle School in Ocala are accused of eating gummies laced with THC while in school, according to the Marion County School District. A father of one of the students claims his son had no idea what he was taking and thought it was regular candy.

"My son took the gummies thinking they were fine, of course, because he’s 11, then started not feeling well, so he threw them away," said James Lewis.

Lewis' son is 11 years old and in the sixth grade. He says his son was suspended and might have to go to an alternative school for troubled teens next year.

The Marion County Sheriff's Office says two of the students who were found in possession of the edibles will be put in a "Work in Lieu of Arrest" program instead of being criminally charged. Lewis says his son is being put in the program and feels he's been given an unfair and harsh punishment because he claims his son was told it was regular candy.

"The bag I saw from the liaison officer was a vibrant, welcoming package. My kid not knowing what THC is thought he was telling the truth," said Lewis. 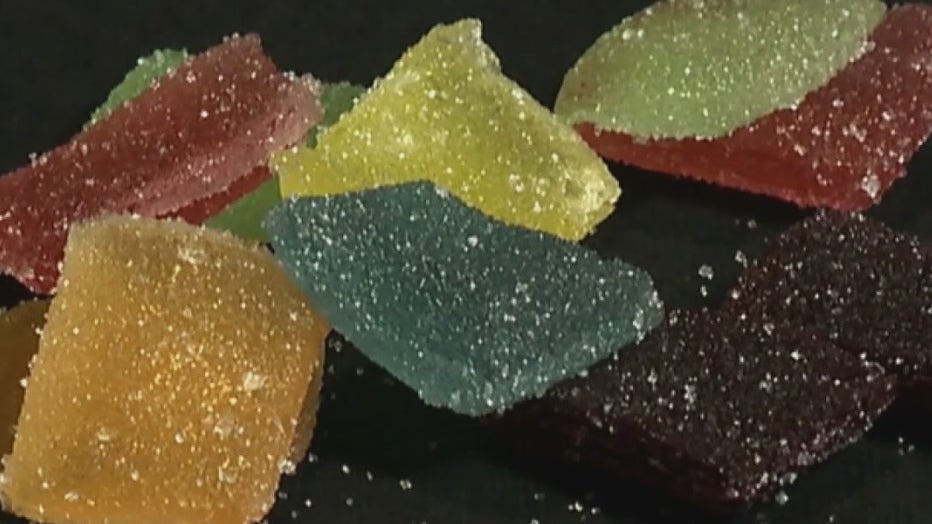 Companies do make gummies laced with THC that look just like regular candy.

The Marion County Sheriff's Office says they haven't seen a recent uptick in cases involving THC on campus, but shared this statement:

"MCSO wants to reiterate the importance of being mindful of what your children are doing, who they are spending time with, and the things they have access to. Be involved in such a way that you can help safely guide them away from situations that could have life-altering consequences."

Attorney Whitney Boan says parents should have this conversation with their kids because the bottom line is there are serious consequences and the school can decide on the punishment they see fit.

"The standards are weighing what’s in the best interest of the safety and the functioning of the school with the individual rights of the student, so it’s not as high of a standard of proof like going before a jury related to a criminal allegation.," said Boan.

Lewis is now sending a warning to other parents as he says he wished he had this talk with his son sooner.

"100 percent I do. It would have prepared him for an evil I never thought I would have had to. He’s 11, just out of elementary school last year," said Lewis. "It’s scary. IT’S scary to know that even at a young age of 11, you have to school your kids on such things as pot gummies."