The HBO Documentary Allen v. Farrow is reigniting interest in the Woody Allen sexual assault allegations. In 1992, FOX 5 New York covered the case and sat down for an exclusive interview with Mia Farrow.

The documentary, set to be released Sunday on HBO, is pieced together with home movie footage, court documents, never-before-heard audio tapes and exclusive interviews, including news coverage by FOX 5 New York’s Rosanna Scotto.

According to HBO, the film "examines the effects of trauma on a family, and features prominent cultural voices exploring Allen's body of work in a broader context and reflecting on how public revelations about the personal lives of artists can lead to re-evaluations of their work."

Who is Woody Allen?

Allen is a filmmaker, director and actor, known for more than 50 films including "Annie Hall", "Midnight in Paris" and "Manhattan".

Allen is known as a cinematic auteur due to his distinct style with upscale urban settings and stories which focus on relationships.

According to Box Office Mojo, Allen's 2011 movie "Midnight in Paris" grossed over $56 million at the box office and made over $153 million worldwide.

What led up to the Woody Allen sexual assault allegations?

In 1992, Allen, an American director and actor, was accused by his adoptive and then 7-year-old daughter Dylan of having sexually molested her at the home of her adoptive mother, actress Mia Farrow.

At the time, Allen and Farrow had been in a 12-year relationship and had three children together: two adopted children (Dylan and Moses) and one biological child (Satchel, who is now known as Ronan). 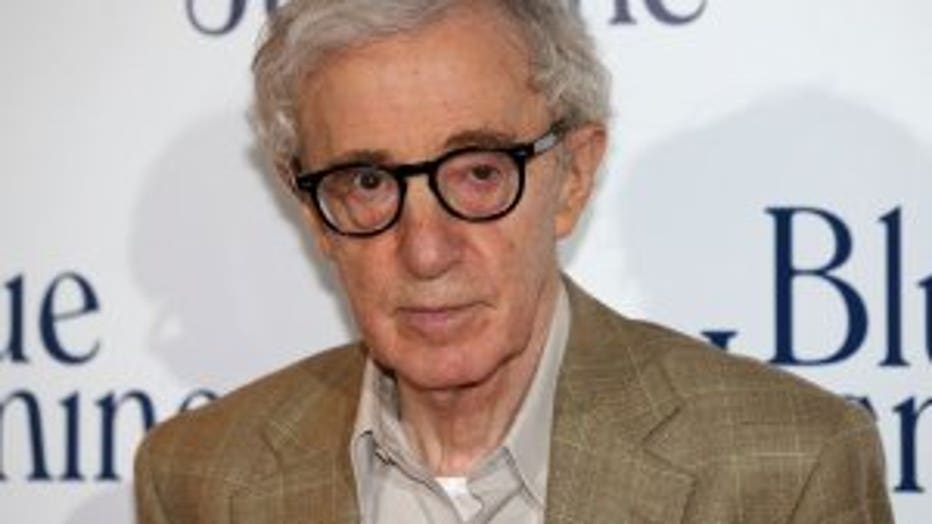 Filmmaker Woody Allen has written an op-ed countering adopted daughter Dylan Farrow's claim that he molested her when she was 7 years old. (Getty Images / August 27, 2013)

The allegations were first reported during Allen’s split from Farrow, and two separate investigations were conducted, but Allen wasn’t charged.

Allen has repeatedly denied the allegations.

Dylan recounted these allegations in an essay for The New York Times in 2017, maintaining that she was abused and molested as a child. Her allegations have been embraced in the #MeToo era.

In a 2020 memoir, Allen said he "never did anything to her that could be even misconstrued as abusing her; it was a total fabrication from start to finish."

Who is Woody Allen married to?

Allen has had a 22-year relationship with Mia’s adopted daughter Soon-Yi Previn.

According to Rolling Stone magazine, Allen and Farrow’s 12-year partnership came to an end in 1992, after it was revealed that he and Soon-Yi (who was 21 years old at the time) were having a sexual relationship. 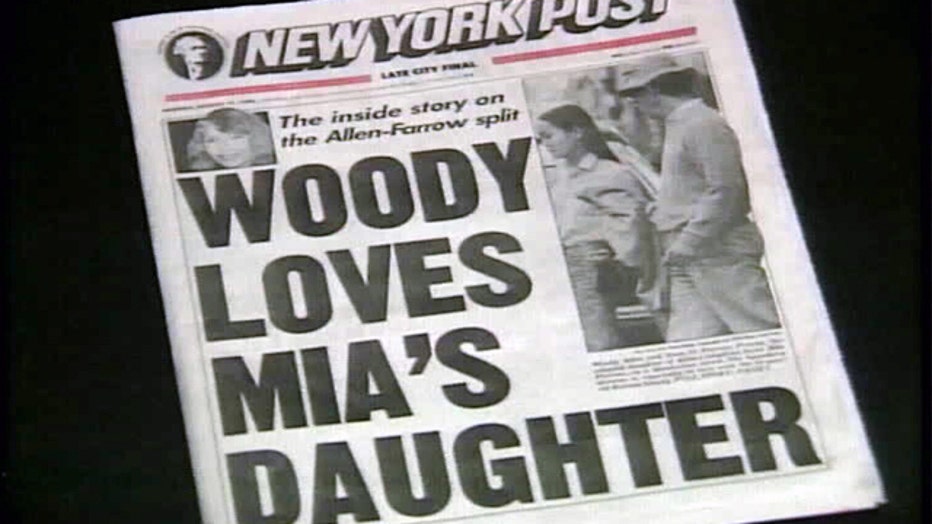 Allen and Previn tied the knot in 1997. They share two daughters.

In an interview with New York Magazine, Previn claimed that Farrow "has taken advantage of the #MeToo movement and paraded Dylan as a victim" who she "pressured" to speak out. Meanwhile, Dylan told New York Magazine that Soon-Yi’s claim was "offensive" and "only serves to revictimize me."

Arcade Publishing, a unit of Skyhorse Publishing, decided to publish the divisive memoir, according to the Associated Press.

Dylan said in a statement, "Hachette's publishing of Woody Allen's memoir is deeply upsetting to me personally and an utter betrayal of my brother whose brave reporting, capitalized on by Hachette, gave voice to numerous survivors of sexual assault by powerful men," prompting Hachette's removal as the publisher. 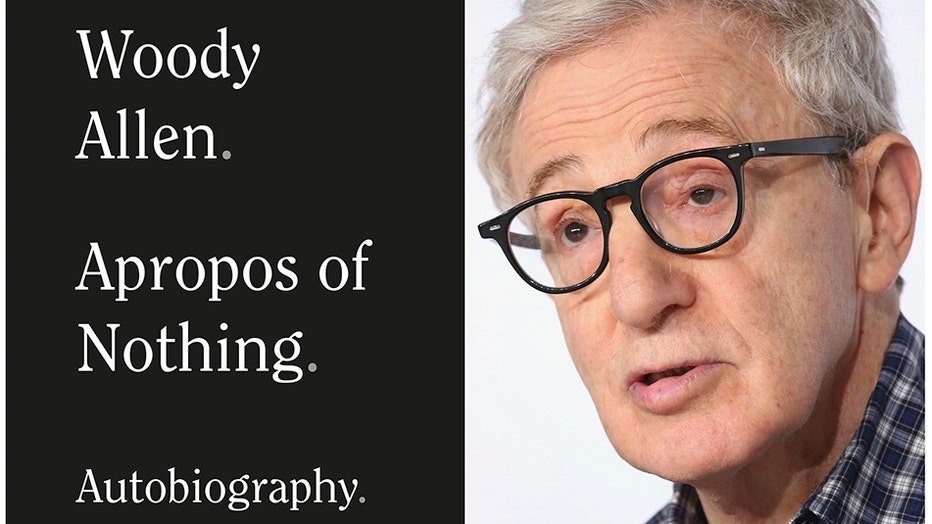 A book cover image for "Apropos of Nothing," an autobiography by Woody Allen. (Grand Central Publishing via AP, left, and AP)

But Arcade stood by its decision to publish Allen’s book.

"The book is a candid and comprehensive personal account by Woody Allen of his life, ranging from his childhood in Brooklyn through his acclaimed career in film, theater, television, print and standup comedy, as well as exploring his relationships with family and friends," Arcade Publishing told the AP.

In 1992, Good Day New York anchor Rosanna Scotto sat down for an exclusive interview with Mia Farrow. It came just after Farrow won a custody case involving the couple's children. 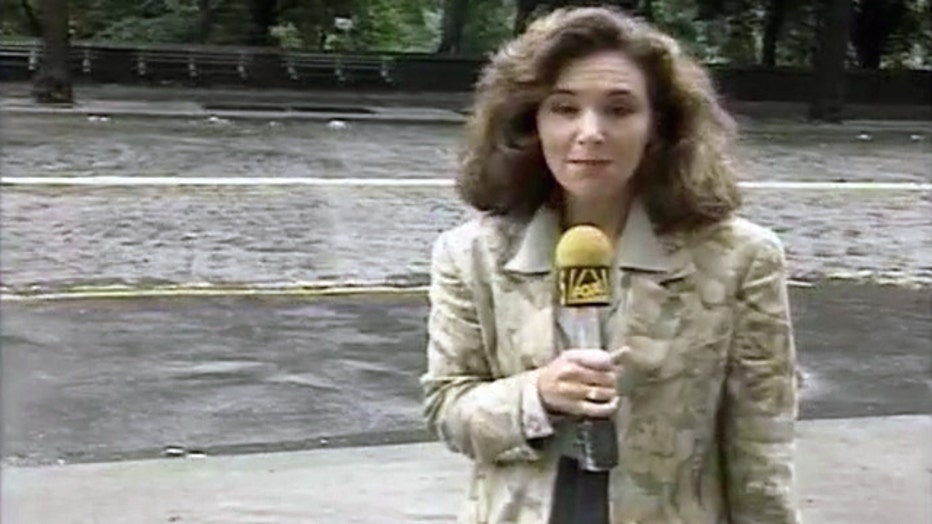 According to FOX 5 New York, the interview made international headlines. In it, Farrow recounted the nightmare she said she was living."I regret the day I met him," Farrow said of Allen. "In the middle of the night, I wake up and feel guilty for bringing him into my family where we, all of us, the children and I, trusted him."

Scotto will appear in Part 3 of the HBO documentary series. She spent an entire year covering Woody Allen's relationship with Farrow's adoptive daughter Soon-Yi Previn and what Woody Allen has said about the sexual assault allegations concerning Dylan Farrow.

FOX News, The Associated Press, and FOX 5 New York contributed to this story.