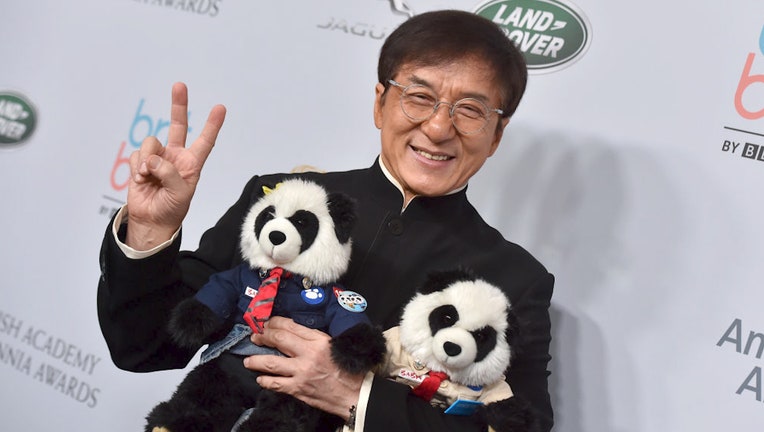 The legendary martial artist is turning 67 on April 7 and Tubi has over a dozen movies fans can enjoy for free that will get them in the Kung Fu fighting spirit.

Chan has starred and been featured in more than 200 films, with some of them resulting in broken bones or other injuries. But it’s all in the name of making Blockbuster gold.

The beloved Hong Kong native and icon was even awarded an honorary Oscar in 2016.

"I never imagined that I’d receive such an award," Chan told the Associated Press. "I still remember my very first proudest moment was when I received an award for stunt choreography. At that time, I didn’t know much about directing, I just knew how to do action and fighting sequences and stunts. Receiving this honorary award has raised my feelings to another level."

You can celebrate Chan’s illustrious Hollywood career with these films on Tubi that showcases his choreography and death-defying stunts:

"When a teenage martial artist embarks on a quest to find the undefeated Kung Fu master and become his star pupil, he learns about life as well."

"A tough investigator from Hong Kong and an American gambling man pair up to bring down the infamous head of a Chinese narcotics syndicate."

"Jackie Chan stars as Ah Keung, a cop from Hong Kong who comes to New York City to attend his uncle's wedding. He plans a little relaxation, a little sightseeing and little work at the family grocery store. But best-laid plans often go awry, and Ah soon lands at the center of a Rumble in the Bronx."

RELATED: Batter up for baseball season with these free-to-stream films celebrating the love of the game

"To save a set of stolen Chinese zodiac bronze heads, a treasure hunter and his relic recovery team go around the world to collect the antiques."

"The Protector stars Jackie Chan and Danny Aiello (Do the Right Thing) as a pair of NYPD cops sent to Hong Kong to catch a drug lord who has kidnapped the daughter of his former associate. This 1985 martial arts film was written and directed by James Glickenhaus (The Exterminator)."