Markeith Loyd has been found guilty of killing his ex-girlfriend Sade Dixon and their unborn baby.

ORLANDO, Fla. - A Florida man has been convicted of killing his pregnant ex-girlfriend and still faces trial in a police officer's fatal shooting.

A jury has found Markeith Loyd guilty of first-degree murder in the deaths of his ex-girlfriend, Sade Dixon, and their unborn child.  The 12-person jury had been deliberating all afternoon -- nearly five hours -- before also delivering guilty verdicts on other charges, including attempted first-degree murder in the shooting of Dixon's brother, Ronald Stuart, and attempted felony murder.

The jury will remain sequestered through the penalty phase, which is scheduled to begin on Monday.  Loyd, 44, faces the death penalty.  He is still awaiting trial for the murder of Orlando Police Lt. Debra Clayton, which is expected to begin next year. Prosecutors are also seeking the death penalty in that case. 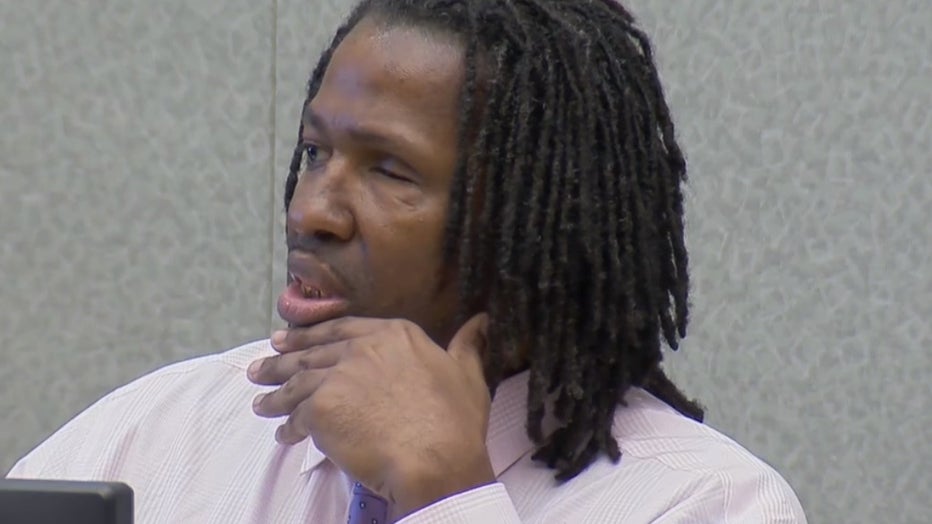 Prosecutors argued that Loyd had several chances to leave after a fight with Dixon in front of her parents' home, but instead, he raised his gun and fired at her several times, killing her.

“All of this could have been avoid if the defendant just left like he was told,” Assistant State Attorney Rich Buxman told jurors. “Instead, the defendant was going to finish what he started.”

Loyd's attorney, Terence Lenamon, argued that his client was just defending himself.

While addressing Dixon's family, Lenamon said: "I’m sorry you lost your daughter, but do you make up stuff because you want to kill this man? Because you want the community to authorize a needle in this man’s arm?”

Loyd testified on the witness stand that he shot Dixon in self-defense.

“I wanted my child,” Loyd told jurors. “I never meant to kill my queen.”

Loyd spent most of the day on the stand under oath under cross-examination.  He told the jury he drove to Sade Dixon’s parent’s home the December night she was murdered to try to calm Sade down.

The prosecutor called him out. Loyd said when he got to Dixon’s home, he admitted to Sade that he had just had sex with another woman and that’s when she got upset and ran inside to her bedroom to go grab her gun.  Loyd testified that is when Sade went to toss him her gun.  Loyd said he thought she was trying to shoot him, so he shot at her. When asked if he was aiming at Dixon, Loyd testified “yes."

Sade's brother, Ronald Daniels, previously testified that he stepped outside when he heard arguing to diffuse the situation.  Loyd testified that Daniels attacked him and that is what provoked him to shoot. Loyd also said he was in 'warrior mode' at the time of the shooting and that he was defending himself.

LOYD: He attacked me. He put my mindset somewhere else.

PROSECUTOR: Where did your mind go?

LOYD: In defense mode. I went in warrior mode and I was just reacting.  Everything happened just like that.

PROSECUTOR: Were you shooting wildly?

Loyd went on to testify that Sade Dixon’s death and her brother being shot was not his fault.

“Yes I am,” Loyd testified.

The defense brought up two other felonies that Loyd convicted of.  Each time, Loyd testified that he was wrongly convicted, saying he took the blame for someone else, claiming there’s a pattern.

Judge Marques noted that both sides had rested then announced there was another jury issue.  This seemed to take Markeith Loyd’s defense attorney Terence Lenamon by surprise.  The judge called in juror 1471 asking her about a conversation that took place while the jury was eating dinner last night about the second case.

“Somebody said we were doing one half and the deputy clarified that.  And I asked why are we talking about other (these) things then and everyone was like no don’t,” Juror 1741 said.

Judge Marques made it clear that she was very displeased this happened and emphasized how she’s explained the jury rules to the panel several times. The jury is not allowed to talk about anything having to do with this case or the defendant until they go back into the jury room to deliberate.  The judge mentioned there could be sanctions, before sending juror 1471 back into the jury room.

Then, she called in another juror who told a similar story.  After discussing the matter with the state and the defense, she opted not to remove any jurors from the panel today.

After lunch attorneys started working with the judge on the Jury Instructions.

This is when Markeith Loyd began to fall asleep, apologizing and telling the judge that he did not sleep well the night prior.

"Mr. Loyd are you awake or falling asleep? If we got you some coffee will that wake you up?" the judge asked.

Loyd was given coffee and managed to stay awake as he sipped it.

The jury will be back at 9 a.m. Wednesday.  Judge Marques will read them jury instructions before closing arguments begin.

The trial is expected to wrap up in about two weeks.

Saying he never meant to kill Dixon or their unborn child, Loyd took the stand for the first time on Monday, testifying in his murder trial. The testimony lasted nearly five hours, and at one point, he and his attorney were role-playing the events that occurred on the night of Dixon's death.

Loyd said he and Dixon had been arguing over the phone because he had told her that he had been intimate with an ex-girlfriend. He said he felt compelled to talk to Dixon in person, so he went to see her at her parent's house, admitting to the court that he arrived armed with two guns.

Loyd said after hearing that, he thought she was going to end the pregnancy.

"Do something to kill the baby or get an abortion," he said.

Loyd said he and Dixon had broken up just a couple days prior and claimed he had shown up at the house to try one more chance of reconciliation.
Jurors on Monday learned that Dixon was approximately 12 to 13 weeks pregnant and was expecting a boy.

Loyd explained that Dixon was fuming over his infidelity, and at some point, she went upstairs to get a gun. Loyd said he felt threatened and was even attacked by Dixon's brother, Ronald Stewart  -- something Stewart has denied under oath. Stewart testified last week that he had come outside to try and diffuse the argument between Loyd and his sister, but during a struggle, shots were fired.

Stewart was injured. Dixon had been shot eight times, including one shot right through her heart. According to the medical examiner, that was likely the fatal shot and it killed her quickly. 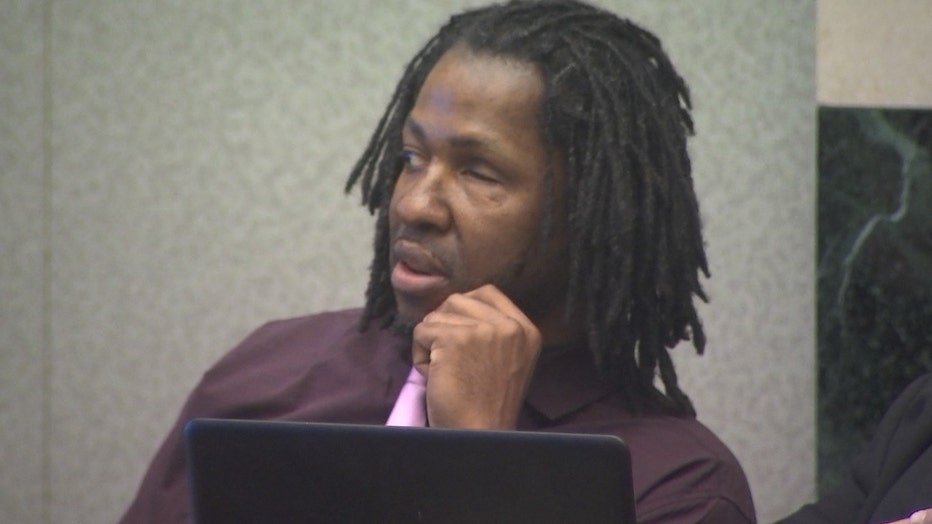 In other developments, an alternate juror has been excused from the trial -- the second juror to be dismissed since Saturday.  It happened around 6:45 p.m. on Monday after a juror wrote a note for the judge, describing a conversation she overheard on Sunday between another juror and a deputy. The juror indicated that the conversation, which is said to have happened in the common area of the hotel where the jury is sequestered, pertained to the case.

The deputy told her it was unrelated to the case. The judge brought in another juror who said she asked the deputies about gun laws because she is interested in applying for her concealed weapon license. The woman said her questions were generic and included topics such as gun ranges.

It happened around 6:45 p.m. on Monday after a juror wrote a note for the judge, describing a conversation she overheard on Sunday between another juror and a deputy. The juror indicated that the conversation, which is said to have happened in the common area of the hotel where the jury is sequestered, pertained to the case.