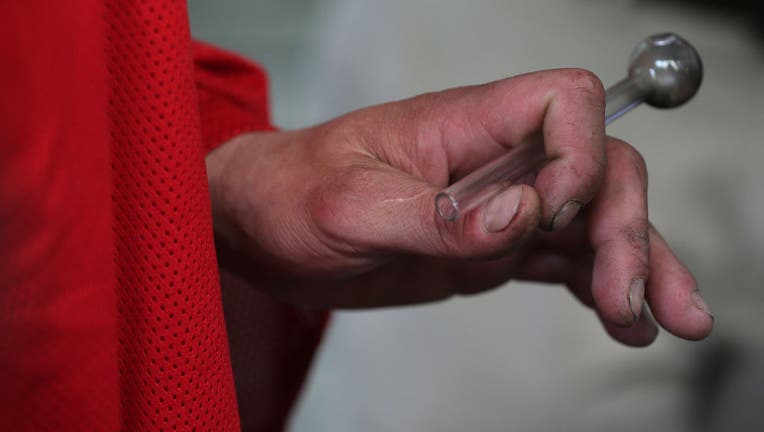 WASHINGTON (AP) - Following outrage on the political right, the Biden administration said Wednesday that a grant program to help prevent additional harm to people who use illicit drugs will not pay for safer pipes to smoke crack or meth.

"No federal funding will be used directly or through subsequent reimbursement of grantees to put pipes in safe smoking kits," Health and Human Services Secretary Xavier Becerra and White House drug policy adviser Rahul Gupta said in a statement.

Monday was the deadline for service organizations and state and local governments to apply for a share of $30 million in federal money for "harm reduction" efforts intended to prevent disease, injury and other collateral trauma to people addicted to illicit drugs.

The original request for funding proposals from the Substance Abuse and Mental Health Services Administration had listed "safe smoking kits/supplies" among the items that could be purchased with taxpayer money. They were among a dozen categories that included overdose prevention drugs, medication lockboxes, test kits for infectious diseases, and syringe disposal containers. The grant solicitation did not specifically mention pipes, although they can be part of safe smoking kits.

That triggered online reports that the Biden administration was using federal dollars to pay for "crack pipes." Some Republican senators castigated the administration on Twitter.

The White House is pushing back against claims that the Biden administration is funding a safe smoking kits program that hands out crack pipes to drug addicts as part of an effort to limit infections among drug users. Press secretary Jen Psaki told reporters that the crack pipes were never part of the safe smoking kit, which does contain items including alcohol swabs, lip balm, other materials to promote hygiene and reduce transmission of diseases.

HHS spokeswoman Sarah Lovenheim tweeted that such reports were "blatant misinformation" and Wednesday at the White House briefing Psaki said paying for pipes was never part of the plan.

"They were never a part of the kit," said Psaki. "It was inaccurate reporting and we wanted to put out information to make that clear."

Homemade pipes for smoking crack and methamphetamine may break easily or also release toxic fumes. Because of that, safer pipes can be one of the components of safety kits. But those kits also can include other supplies, such as alcohol swabs to clean hands or wipe down a pipe.