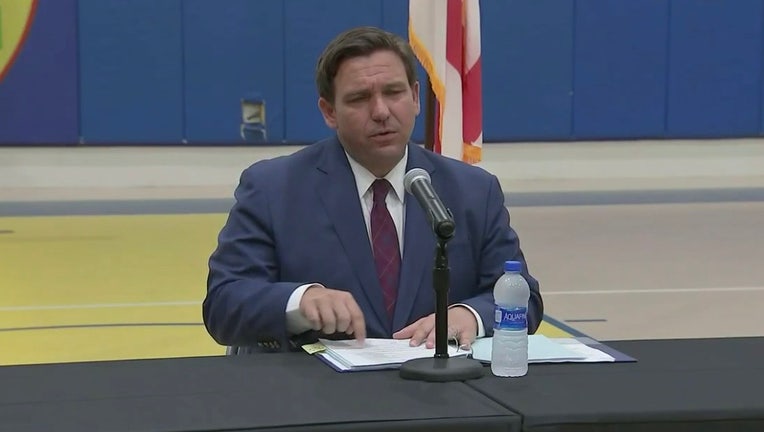 JACKSONVILLE, Fla. - Governor Ron DeSantis announced on Friday that he is lifting all restrictions on youth activities in Florida effective immediately.

DeSantis made the announcement during a press conference in Jacksonville. Summer camps and young sports will no longer have restrictions.

The governor said he trusts parents to make decisions for their own kids and that he believes local governments will work to keep things safe.

"We believe this makes sense based on the data and observed experience," the governor said. "I think our kids have been out of organized activities for a couple of months now and we need to have a pathway to get it back."

He said distance learning was initially put in place because it was believed children could spread the disease to others.

DeSantis pointed out that Florida has seen no fatalities under the age of 25 during the coronavirus pandemic.

"Florida has had more COVID fatalities over 90 years of age than all the fatalities under 65 combined."

The Florida Department of Health may issue some of its own guidelines for youth activities.

The decision comes as Florida began reporting cases of a child illness linked to COVID-19. This week, the state's surgeon general said there have been two confirmed cases.

"I think it's something parents should consider," Desantis said during his announcement. "It is extremely rare. I think people can take a look at that and make a decision that is best for them."

Florida has been under "Full Phase 1" for more than a week, which allows more businesses to reopen under certain guidelines and capacities.

On Friday, LEGOLAND Florida announced they have received state approval to reopen on June 1. It is the first Central Florida theme park to give an official reopening date. Orange County Mayor Jerry Demings endorsed Universal Orlando's plans to reopen the first week of June. DeSantis will still need to sign off on it before they can announce an official reopening date.