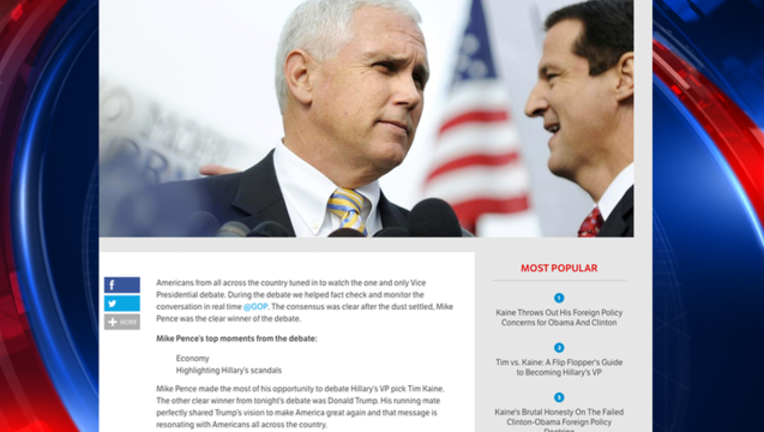 The article, called "Who Won the Vice Presidential Debate" was triumphant in tone -- "The consensus was clear after the dust settled, Mike Pence was the clear winner of the debate."

The blog post went on to say Pence's top moments of the debates were "Economy" and "Highlighting Hillary's scandals."

Read the full story on Foxnews.com