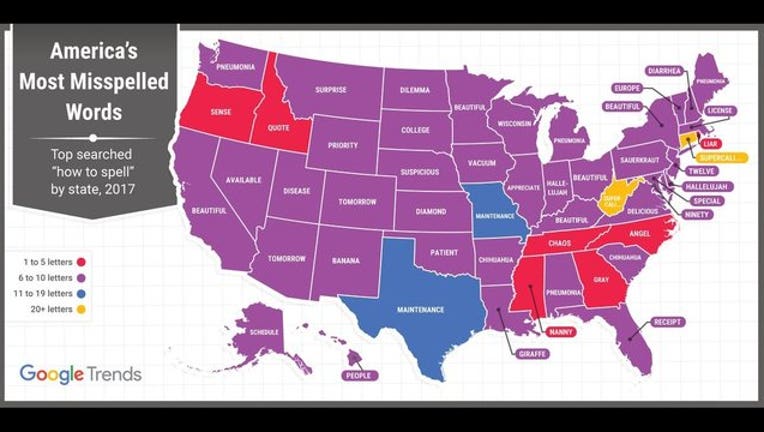 (KMSP) - People in Wisconsin cannot spell the name of their own state, according to new data released by Google.

In honor of the 2017 Scripps National Spelling Bee, Google Trends released a map on Tuesday of the most misspelled words in America based on the top “how to spell” searches in each state.

Minnesotans have trouble spelling the word “beautiful,” according to the map. But, they’re not alone. Beautiful was also the most misspelled word in California, Ohio, Kentucky and New York.

Google Trends says the map is based on U.S. searches between January 1 and April 30, 2017.