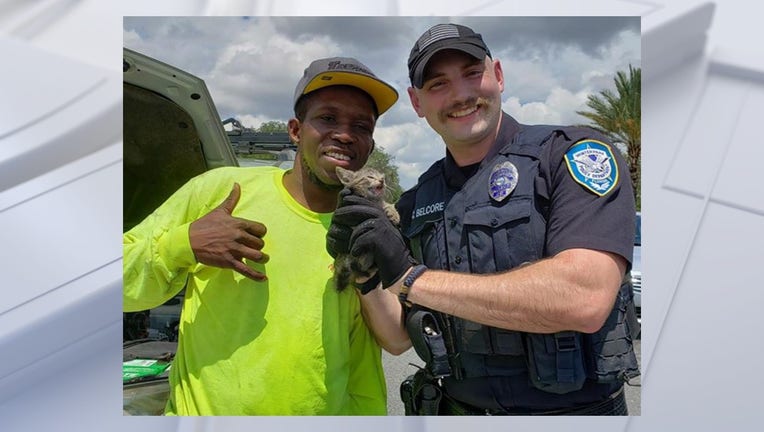 WINTER PARK, Fla. - A frightened kitten was rescued from a car engine on Thursday with a little help from some Winter Park police officers and a Good Samaritan, named Jordan.

"Firefighters aren’t the only ones that rescue cats in distress!" the Winter Park Police Department posted on its Facebook page.

Jordan is an auto mechanic who happened to see trouble as he was passing by and began the process to free the feline, and officers were called to assist. The kitten was unharmed.

"There’s an even happier ending," WPPD noted. "The kitten was adopted by the owner of the car he was freed from."