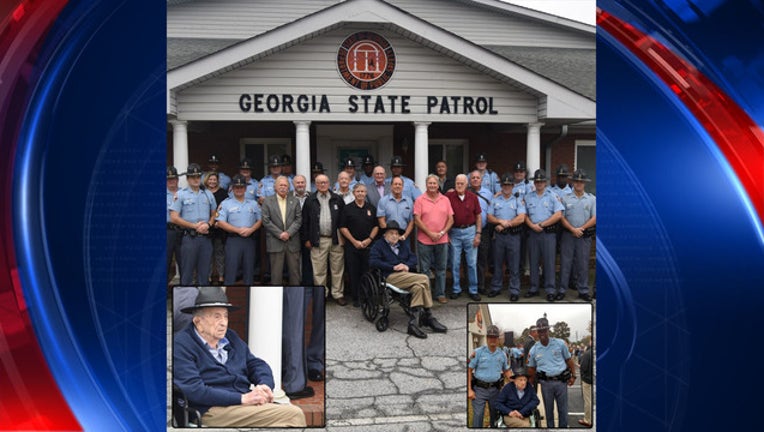 EPHESUS, Ga. (FOX 5 Atlanta) - The oldest surviving member of the Georgia State Patrol has died. He was 94 years old.

The Heard County native was born in 1924 as the youngest of eight kids. It was in that county that he met the love of his life, Jollie Zane Pope. He married her in the back of a school bus after he was drafted in the Army.

After serving in the Army for three years, Terrell came back home to work as a farmer and owner of a fertilizer and mercantile business.

In 1957, Terrell was recommended to work as a highway patrolman. He graduated from Trooper School as one of 57 people in his class. He started his years on duty in Manchester, Georgia while also working in Villa Rica, Cedartown, Lafayette, and Rome.

Through his work in law enforcement, Terrell got to see many pieces of Georgia history. His obituary says he directed traffic for the first NASCAR race held at Atlanta Motor Speedway in 1960, which resulted in a dislike with anything to do with auto racing.

According to the Herald Citizen, one of Terrell’s most memorable days on the duty happened when he was charged with protecting civil rights legend Dr. Martin Luther King Jr. after King was taken into custody during a civil rights march in Albany, Georgia.

Terrell eventually had to retire in 1972 due to injuries from when he was shot on the line of duty by two felons with a shotgun three years earlier, the Herald Citizen said.

Terrell is survived by one son, James Stuart Terrell, eight grandchildren, and 14 great-grandchildren.