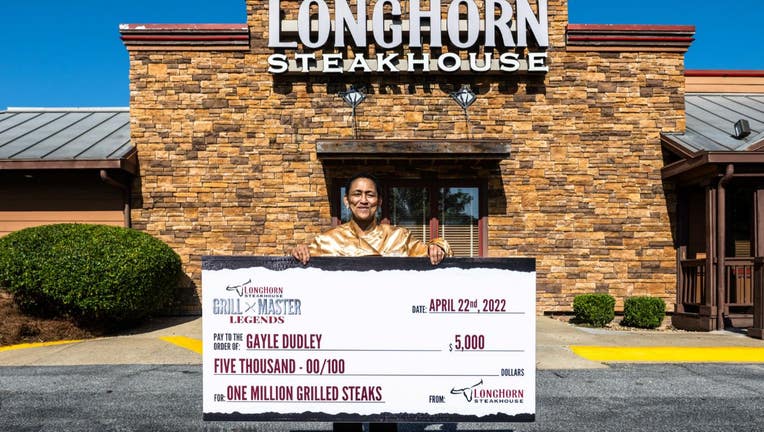 Gayle Dudley was named "Grill Master Legend" after reaching the milestone of grilling 1 million steaks at a Longhorn Steakhouse in Georgia. (LongHorn Steakhouse)

An employee for a LongHorn Steakhouse in Georgia was awarded on April 22, the prestigious title of "Grill Master Legend," after reaching a delicious milestone: Cooking 1 million steaks.

Gayle Dudley has been working at LongHorn Steakhouse for more than two decades where she has fine-tuned her craft as a BBQ icon.

Not only was Dudley given the distinction of being recognized as a "Grill Master Legend," she also received a $5,000 check, a special gold chef coat, and several other mementos, according to the restaurant.

Dudley is one of only 14 workers to ever receive recognition for grilling more than 1 million steaks.

The restaurant held a surprise ceremony where Dudley’s friends and family gathered to watch her receiver her honor.