A chance meeting at a Waffle House connected two strangers and ended up with the surprise of a lifetime.

STOCKBRIGE, Ga. - A Henry County pastor was just following his stomach when his heart pulled him in a different direction.

Bishop Eusebio Phelps just wanted a Waffle House All Star with extra bacon, but when he talked to the pregnant waitress working that day, he knew something much bigger was in the works.

"She was just so kind and she was so pleasant. She was a sweetheart and that just touched my heart," Phelps said.

The leader of New Faith Christian Church in Stockbridge met Hannah Hill on Wednesday. Hill is pregnant with her second child and says life had just thrown her a curveball.

The two were complete strangers with only a name in common.

Hill is carrying a boy she's planning to name Samuel - the same name as Phelps' son, who died seven years ago in Atlanta. 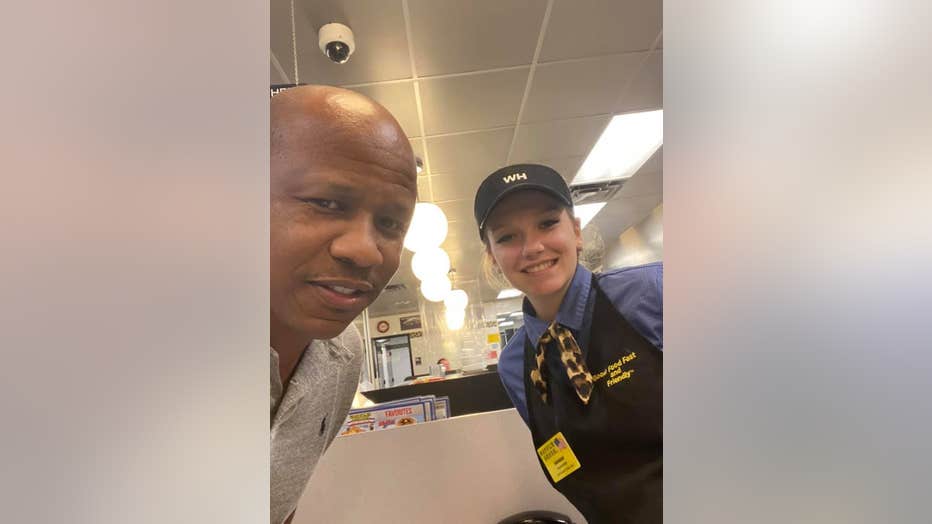 Phelps says he felt moved to give Hill all the money in his wallet, but he didn't just stop there.

He shared Hannah's story on Facebook and asked others to donate if they felt called. The money started pouring in.

The only thing left to do was to track Hill down and give her the surprise of a lifetime.

"I was asleep in the car and my mother-in-law called and said 'You've got to get down to the Waffle House now,'" she said.

Hill was shocked to find herself surrounded by cheering Waffle House patrons and a check for nearly $12,000.

"Lately I have been praying just because I've been really stressing lately. I'm like, dang I want a place to live before this baby gets here," she said.

New Faith Christian Church told FOX 5 they will cover all child care costs for both of Hill's children for one year as well.

It was a chance meeting with a special connection, and a life changed forever.