Albert Mintz has a knack for keeping up with special keepsakes.

"Tickets were only $12 and we could sit where we wanted,” Mintz said.

The Air Force Veteran still has his air commando hat -- it's the same one he wore in the photo he has from the day he arrived in Vietnam in 1963. Plus, he's got all the news clippings from his days as one of the "baddest" boxers in the Air Force, to hear him tell it.

"Those guys didn't even get close to my face. I kept my left [fist] in that boy's eyeballs," said Mintz, as he chuckled about his days as an airman and athlete.

But this Super Bowl week, the 86-year-old, who also played football in the Air Force, is reminiscing over one of his favorite football games of all times. Super Bowl I. It was January 15, 1967, at the Los Angeles Memorial Coliseum. The ticket price was just $12.

"I have the tickets, these little banners from and these miniature helmets," Mintz said as he showed off the memorabilia from his DeKalb County home. Sgt. Mintz was fresh out of Vietnam, stationed at a base just a few hours from the Coliseum.

"There wasn't much of a line," he told FOX's 5 Portia Bruner. "We got there early. Just walk up with your 12 dollars, get your tickets.

We were fortunate to be there at a time when it wasn't popular--the first one. The Coliseum was almost empty," said the 86-year-old veteran.

In fact, it was so empty, Mintz and his buddy settled into seats near the 50-yard line, eager to cheer on two Green Bay Packers who put on quite a show on that day against the Kansas City Chiefs.

"Quarterback Bart Starr, he'll go down in history as one of the best. And believe it or not, the person that scored two touchdowns was a reserve officer, an Air Force Officer, so we were all proud sitting up there in the stands. He was a riff-raff kind of fella back then named Max McGee," Mintz said with a smile. The Packers beat the Chiefs 35 to 10.

Not long after that game, Sgt. Mintz left the Air Force and moved to DeKalb County to begin a long and highly decorated career in law enforcement across metro Atlanta. He hasn't been to a Super Bowl since. He said he couldn't afford it in 1994 and 2000. This year, the retired law officer told Bruner, he can afford tickets to Super Bowl LIII, especially if he sells tickets and mementos from the first Super Bowl, a match between the AFC and the NFL dubbed "The World Championship Game." But Mintz said no one can put a price tag on his experience that day, so the ticket remains secure in a safe deposit box.

"It's ridiculous to pay all that money to sit there for two hours. I'd just as soon watch it on TV and keep the tickets," he said. 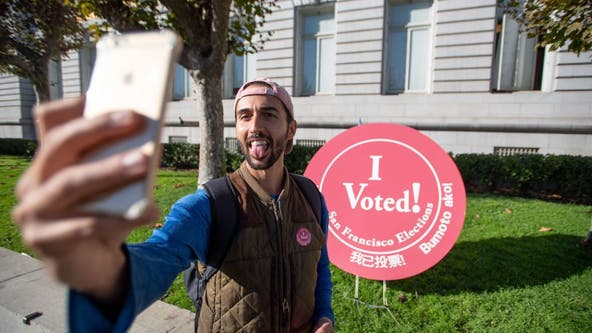