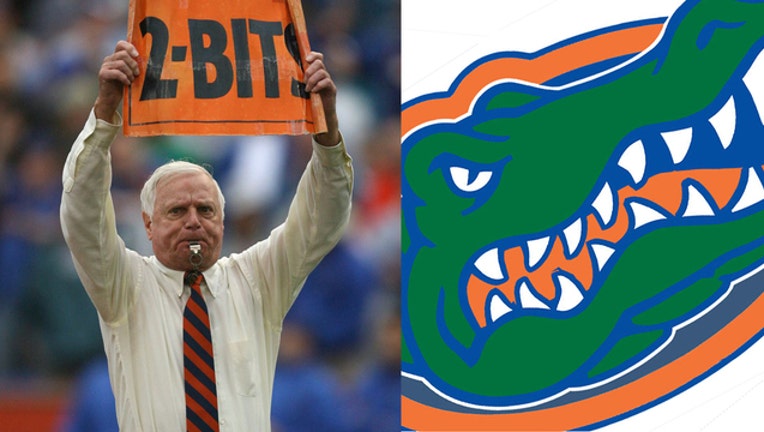 George Edmondson, a.k.a. Mr. Two Bits, leads the Gator Nation in a cheer before the start of UF's game against South Carolina in 2008, his last season performing his iconic pregame routine. (Gary W. Green/Orlando Sentinel)

LAKE MARY, Fla. (FOX 35 ORLANDO) - The Orlando Sentinel is reporting that the Florida Gators’ ultimate football fan and original "Mr. Two Bits" has died at the age of 97.

George Edmondson, a Tampa resident who did not attend the University of Florida, was a diehard Florida Gator football fan.  He started the Mr. Two Bits routine during the 1949 season and continued through his retirement in 2008.  In the years since, UF has anointed a celebrity Two Bits, who leads the chant, “Two bits, four bits, six bits, a dollar...all for the Gators stand up and holler!"

According to the university, Edmondson passed away on Tuesday, July 2.  A "celebration of life" ceremony will be held in Tampa in August, and details will be announced at a later date.