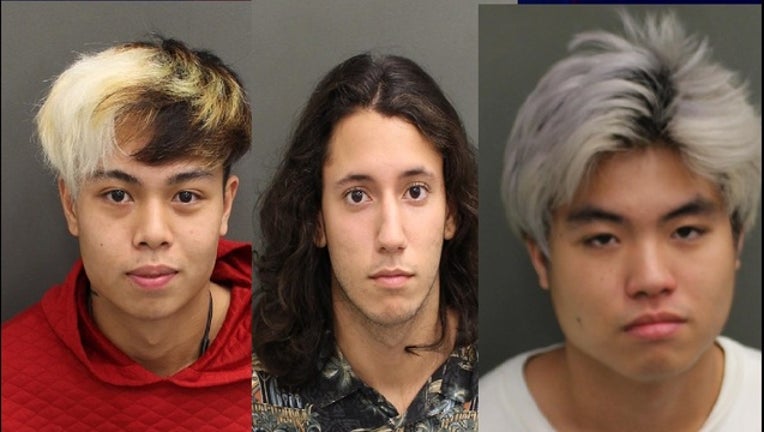 Police went on to say that the thieves took almost $4,000 in technology equipment, including a camera, iPad, projector, and more, just "for fun.

The items were reportedly marked stolen last week, but a Craigslist ad for the camera was posted on Thursday, August 27th. UCFPD met with the seller, Justin Reyes, 21, who confessed.

None are affiliated with UCF.

"UCFPD’s message to potential thieves? Don’t.  If people come to UCF and victimize students and faculty and staff members, rest assured that UCFPD officers and detectives will work exhaustively to hold those criminals accountable. "

UCFPD says they have recovered all of the stolen property and will be returning it to the Student Union.

They will also work with staff at the Student Union to develop crime prevention strategies.